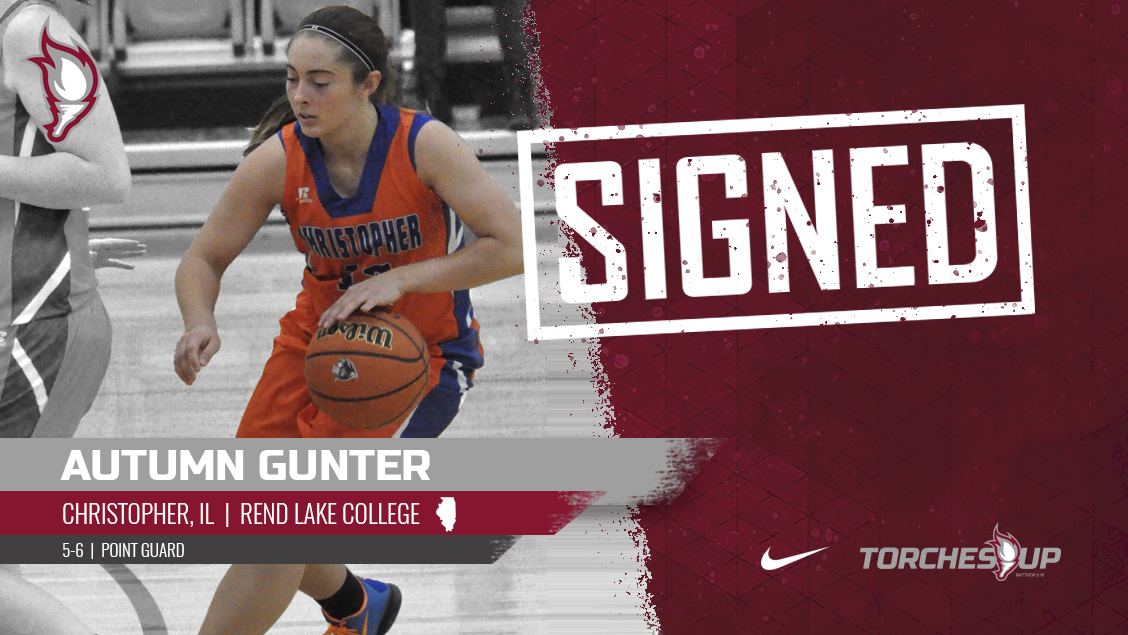 Central Christian College of the Bible head women's basketball coach Meagan Henson on Tuesday announced the signing of Autumn Gunter for the 2019-20 season.

Gunter, a 5-6 point guard, spent the past season at Rend Lake College, an NJCAA Division I program in Ina, Ill. As a sophomore at Rend Lake, Gunter started in 16 of 25 games, averaging 11.2 points, 4.9 rebounds and 2.1 assists per game.

In high school, Gunter starred at Christopher High School in Christopher, Ill., where she scored over 2,000 points, and as a senior was a third team all-state selection after helping the Lady Bearcats to a Class 1A regional championship in 2016. She averaged at least 18 points per game and was an All-Black Diamond Conference selection during all four seasons of high school, including a 21.4 scoring average during her final year.

"We are very excited to add Autumn to the Central Christian family," Henson said. "Autumn brings a wealth of experience along with a high basketball IQ which will help our team establish consistent improvement over the course of the season. She has the ability to create her own shot and is an exceptional passer who will look to push the tempo and create for her teammates."

While at CCCB, Gunter plans to pursue an Associate of Professional Studies while also earning a Bachelor of Science in Business Administration from one of CCCB's partner institutions, Hope International University.