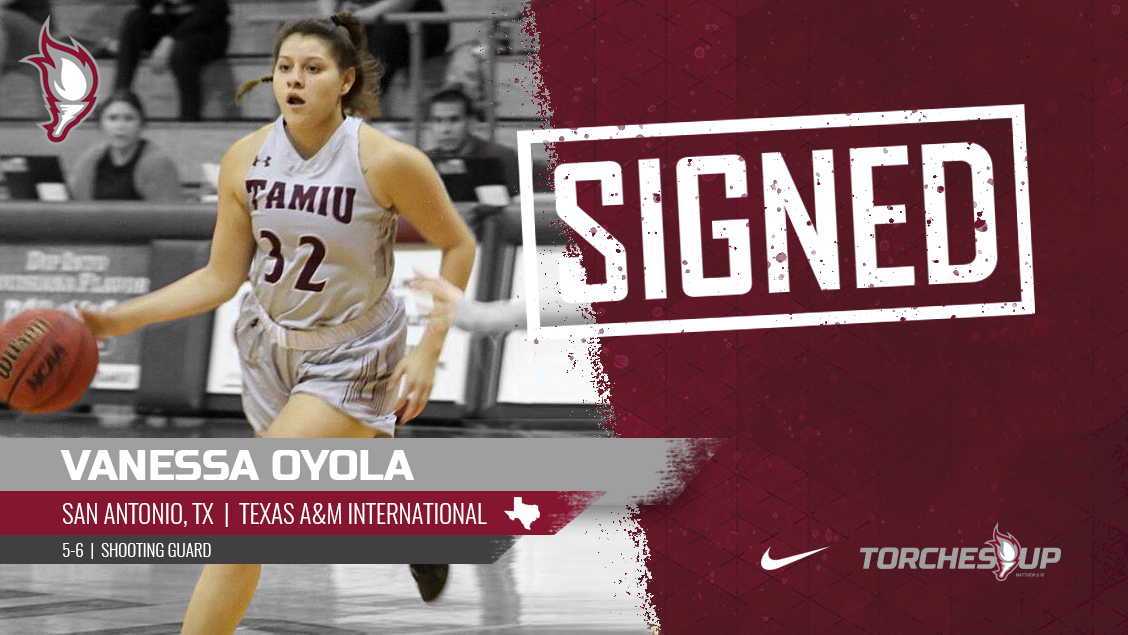 Central Christian College of the Bible head women's basketball coach Meagan Henson on Wednesday announced the signing of Vanessa Oyola for the 2019-20 season.

Oyola, a 5-6 shooting guard, has spent the past two seasons at Texas A&M International University, an NCCAA Division II program in Laredo, Texas. She has been teammates the last two seasons with Kasandra Lazcano, who was announced yesterday as a CCCB women's basketball signee.

At TAMIU, Oyola started in 18 of 27 games as a sophomore and was second on the team in minutes played. She averaged 6.1 points per game and sank 45 3-pointers on the season for the Dustdevils.

In high school, Oyloa starred at Devine High School in Devine, Texas, where she averaged 18 points, four assists and three rebounds per game, leading the Warhorses to consecutive Class 4A Region 4 semifinal appearances. Devine finished 33-4 during Oyola's junior season and was 26-6 in 2016-17.

"We are so excited to add Vanessa to our program," Henson said. "Vanessa has a skill set and a competitive fire that will raise our level of play. Her ability to score the ball from anywhere on the court will open up great offensive opportunities for her teammates. Her previous college playing experience will be a great asset in helping our team to set and reach our goals."

While at CCCB, Oyola plans to pursue an Associate of Professional Studies while also earning a Bachelor of Science in Criminal Justice from one of CCCB's partner institutions, Hope International University.