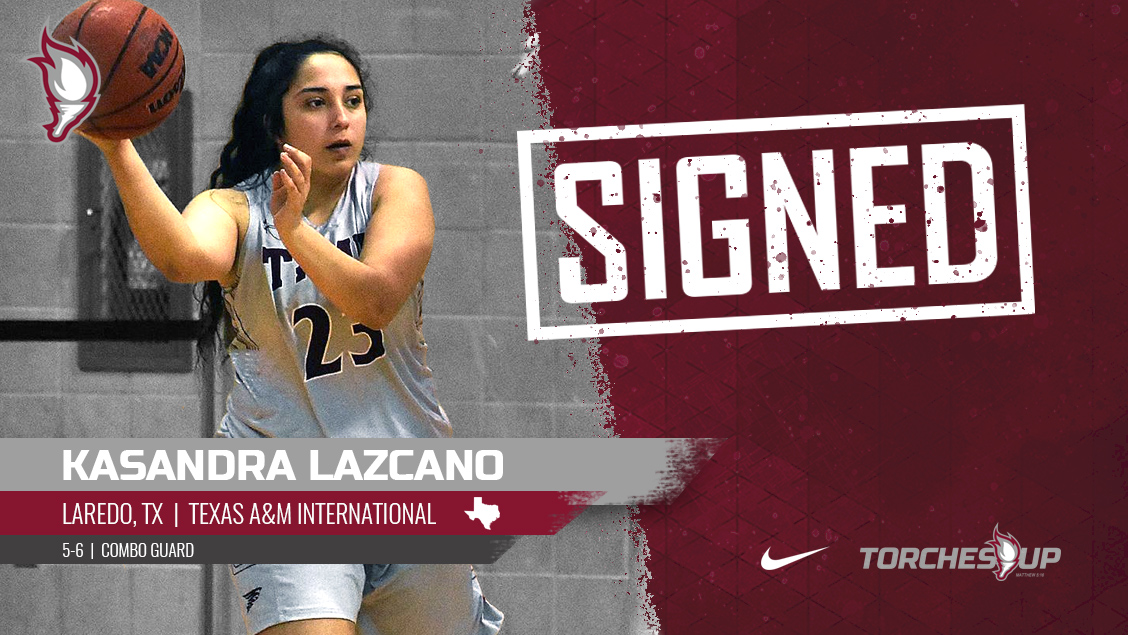 Central Christian College of the Bible head women's basketball coach Meagan Henson on Tuesday announced the signing of Kasandra Lazcano for the 2019-20 season.

Lazcano, a 5-6 combo guard, has spent the past two seasons at Texas A&M International University, an NCCAA Division II program in Laredo, Texas. She was a redshirt freshman during the 2018-19 season, appearing in 12 games.

Lazcano was the District 31-5A Most Valuable Player and a three-time Texas Association of Basketball Coaches 5A All-Region selection. Additionally, she was a three-time All-City Offensive MVP and was named to the Academic All-District Team.

"We are thrilled to add Kasandra to our program," Henson said. "Kasandra has a skill set which allows her to contribute in so many different ways. Her work ethic and desire to constantly improve will no doubt encourage her teammates. Her previous college playing experience and countless hours in the gym will pay great dividends for our team in the coming season."

While at CCCB, Lazcano plans to pursue an Associate of Professional Studies while also earning a Bachelor of Science in Criminal Justice from one of CCCB's partner institutions, Hope International University.