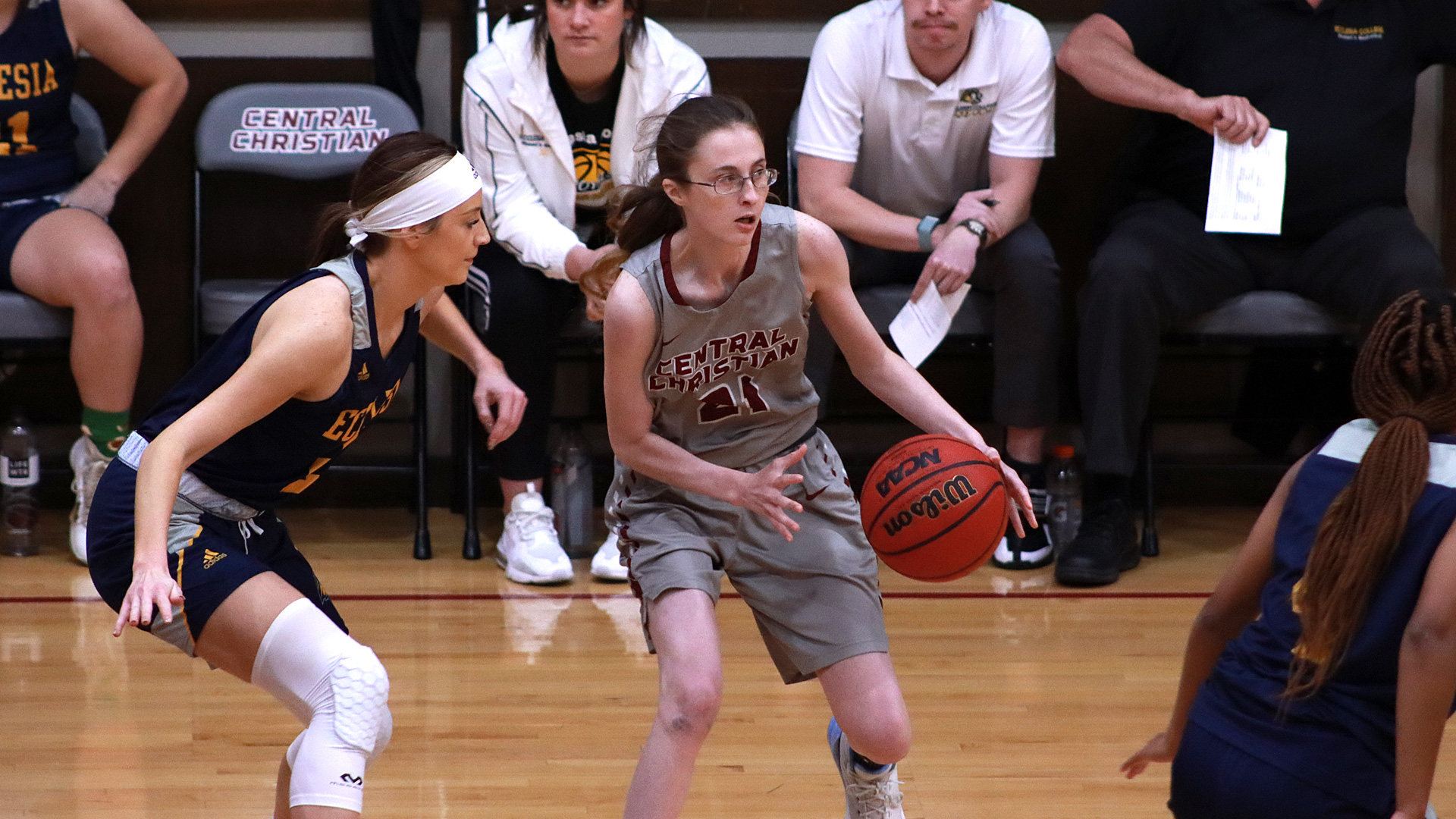 The Central Christian women's basketball team recovered from a slow start to earn their second straight win on the young season, a 52-42 victory over Great Lakes Christian College on Monday at the Ferneau Center.

The Saints (3-1) trailed 10-0 before an Alexis Whisenand basket got the hosts on the scoreboard with 5:33 remaining in the first quarter. Central Christian eventually narrowed the gap to 15-10 by the end of the period and had a brief lead in the second quarter before facing a 26-24 halftime deficit.

The two teams played fairly even in the third quarter with the Saints taking a narrow 34-32 advantage heading into the final frame. An early 6-0 run in the fourth quarter and another 8-0 run in the final minute of play sealed the win.

Central Christian shot 41 percent in the second half after a rugged 26 percent before the break. They also finished the night with 13 steals and outrebounded the Crusaders, 39-35.

The Saints entered the night coming off a 51-47 victory over Ecclesia College on Saturday. Central Christian, who got 10 points and 18 rebounds from Raya Brady, led from start to finish. Macaria Hines and Lee also chipped in 10 points each.

The Saints will face North Central University and Minnesota State Community and Technical College this Friday and Saturday in Minneapolis, Minn.