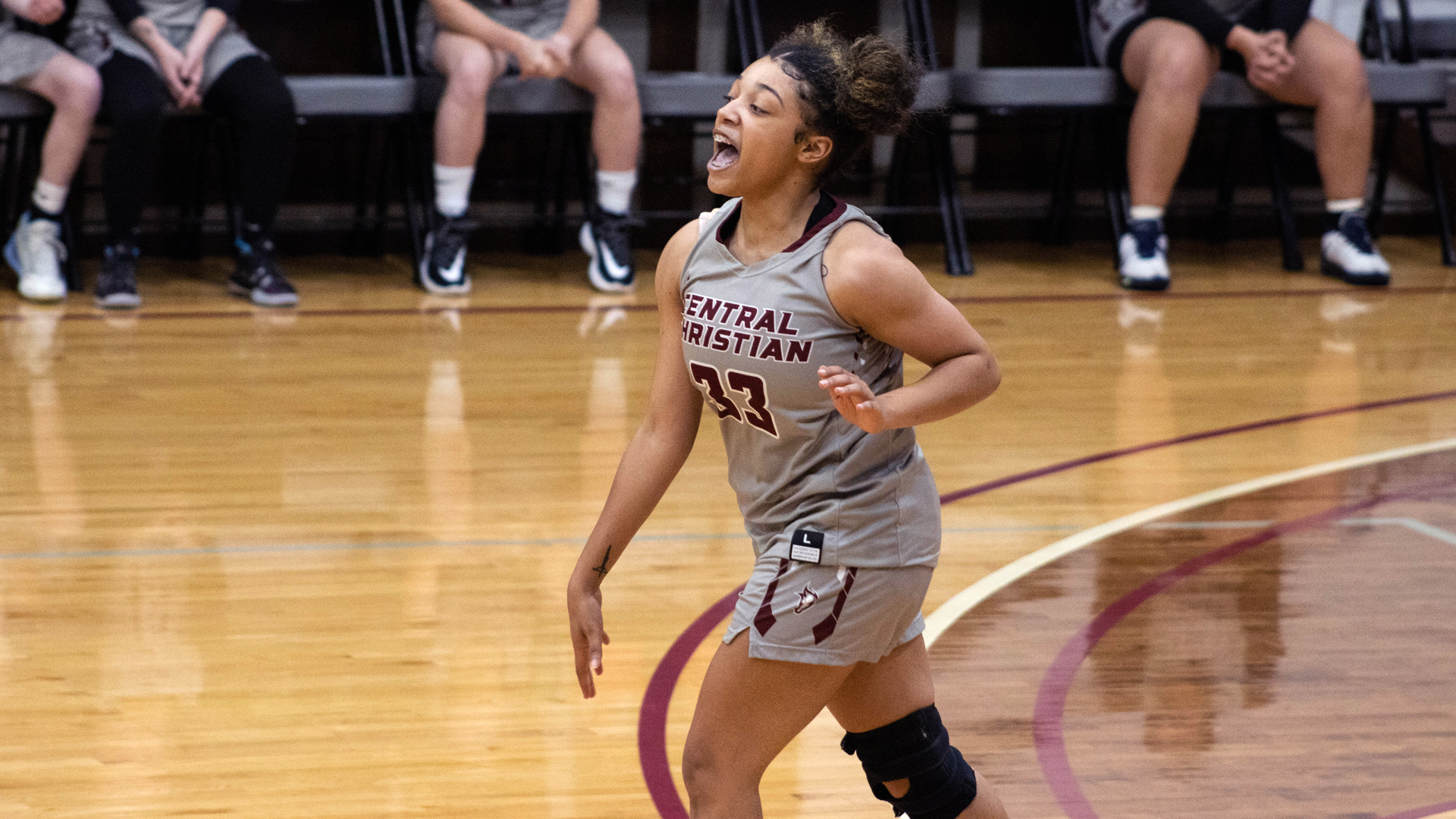 With a lot of new faces, both on the floor and on the sidelines, the Central Christian women's basketball team took care of business in the season opener as they downed Union College (Neb.), 59-46, on Thursday evening in the Ferneau Center.

The Saints (1-0), who nearly led from start to finish, got 15 points each from junior Alexis Whisenand and newcomer Atira Davis to lead the way. They held a 12-8 lead after one quarter and a 32-22 advantage at halftime. Their 15-point lead, 48-33, at the end of the third quarter was the largest of the night.

Freshman Lauren Lee added another 14 points and 10 rebounds for Central Christian, while freshman Julie Estremera came off the bench to score eight with seven rebounds.

It was the first win on the CCCB sideline for head coach Kori Zarzutzki. Her Saints won the rebounding battle, 41-34, recorded 21 assists and 21 steals.

Central Christian will return to action early next week when they host Lincoln Christian University in another women's/men's doubleheader beginning at 5 p.m. in the Ferneau Center.