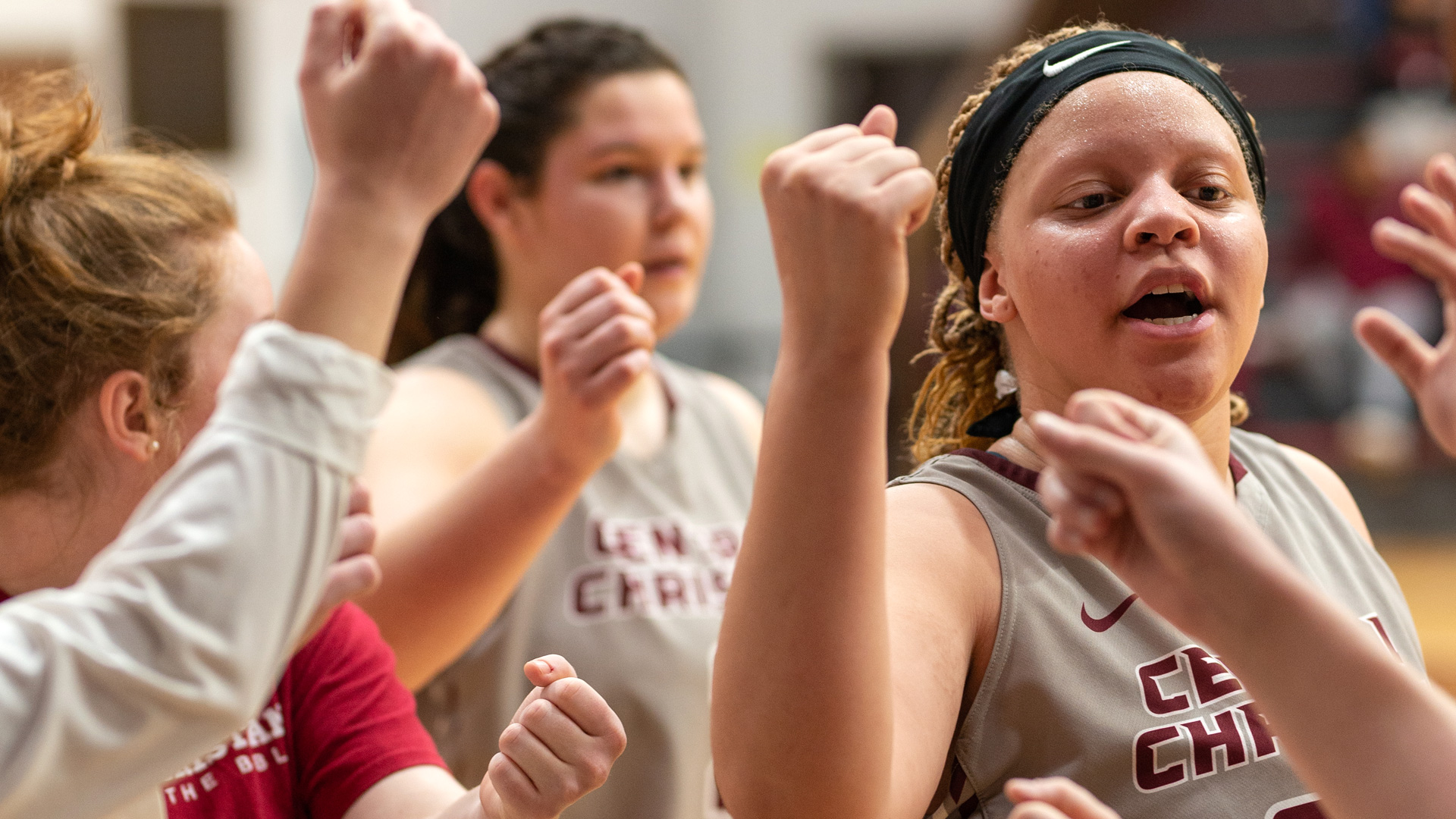 Six weeks ago, the Central Christian College of the Bible women's basketball lost five girls off of their roster for various reasons. They were left with six players.

A week later, the Saints sat at 4-13 overall and 0-3 in conference play. A single conference win was going to be hard to come by, let alone multiple wins. The thought of a top three finish would have seemed absurd.

That all changed when the Saints won five of their next six games and finished fifth in the Midwest Christian College Conference standings. Now they are team who's won eight of their last 12, the latest feat coming in a 72-61 victory over Barclay College to claim third place in the MCCC Tournament on Saturday.

Central Christian led from nearly start to finish on Saturday and were a completely different team than the one that took the floor in early January. Like they have been the last 12 games, Lauren Mills and Ta'Lor Branch were consistent in leading the charge. Mills recorded team highs of 20 points and 12 rebounds, followed by Branch with 18 points and nine rebounds.

Tink Harris added another 17 points and six assists, while Elizabeth Willouer scored 10 points and grabbed nine rebounds for the Saints, who improved to 12-17 overall.

Central Christian got its tournament started on Thursday with a 75-59 win over host and fourth-seeded Ozark Christian College, who won the matchup between the two teams by 10 just a week earlier. The Saints fell to top seed and sixth-ranked Emmaus Bible College, 96-63, in Friday's semifinal round.

Mills and Branch both earned All-MCCC honors on Friday. Mills was named as a second team selection, while Branch was selected to the first team.

Next up for the Saints is a trip to Ellendale, N.D., for the NCCAA Division II North Region Tournament. Central Christian, seeded fifth, will take on fourth-seeded Calvary on Thursday at 2 p.m.