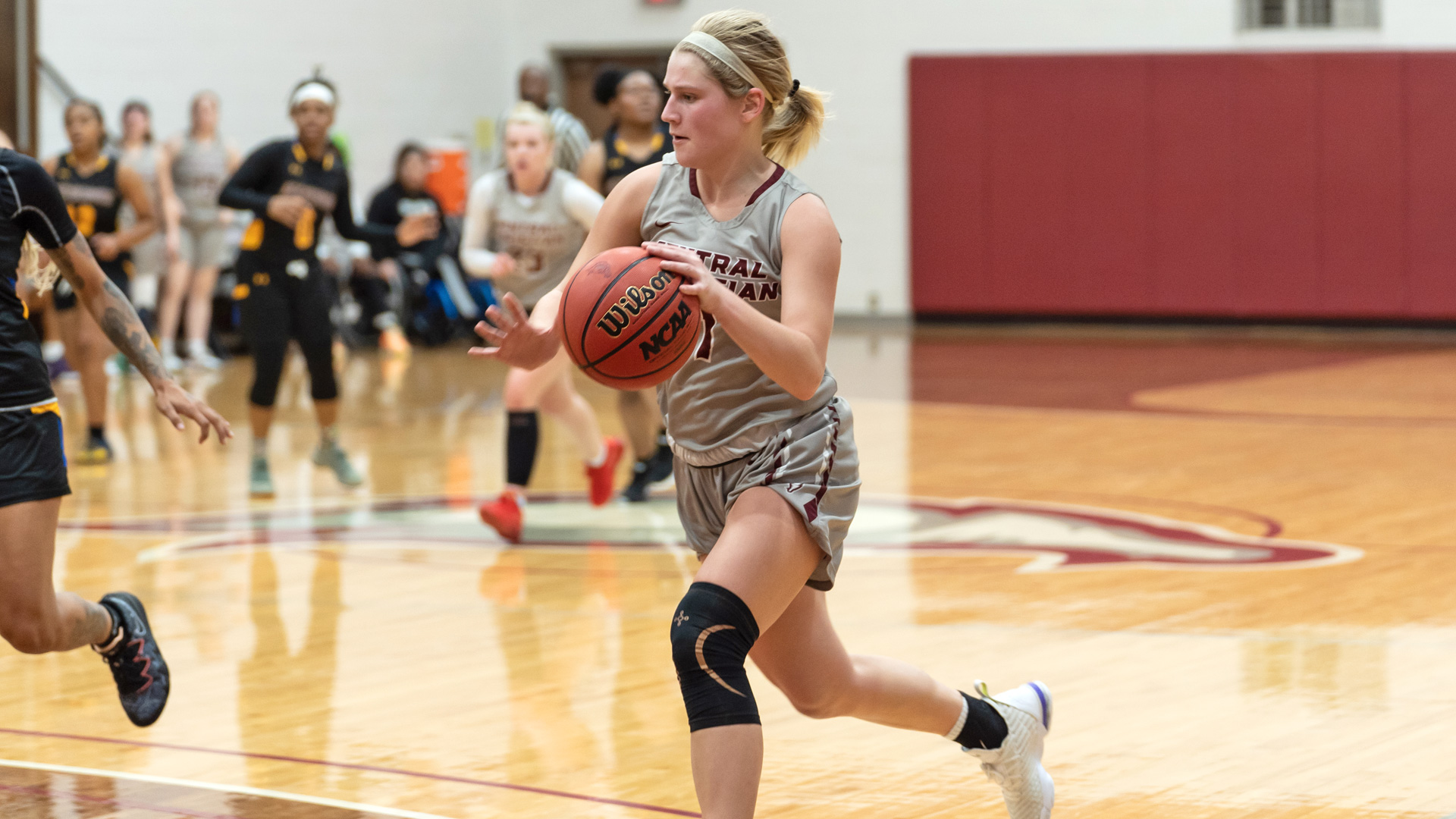 Saints top Warriors for second win of the season

Led by Taegan Bartolacci's double-double of 23 points and 10 rebounds, the Central Christian College of the Bible women's basketball team downed Calvary University, 77-65, on Thursday in the Ferneau Center.

The Saints (2-5) led from nearly start to finish with the exception of a brief one-point advantage by the Warriors early in the third quarter. Central Christian ended the first quarter with a 19-11 advantage, then led 36-32 at halftime.

After the visitors took a one-point lead, a large offensive surge in the third quarter gave the hosts a 59-50 lead heading into the final frame. They extended their lead by as many as 12 in the fourth quarter before coasting to the final margin.

Central Christian's Kimberlee Fowler was an assist shy of a double-double, finishing with nine to go along with her 15 points. Katelynn Wampler added 12 points, all 3-pointers, and Lauren Mills had 11 points.

Calvary was led by Taylor Hunter with 20 points and Avery Kornstad with 15 points.

The Saints are off until Dec. 7 when they host Faith Baptist Bible College in a Midwest Christian College Conference matchup.