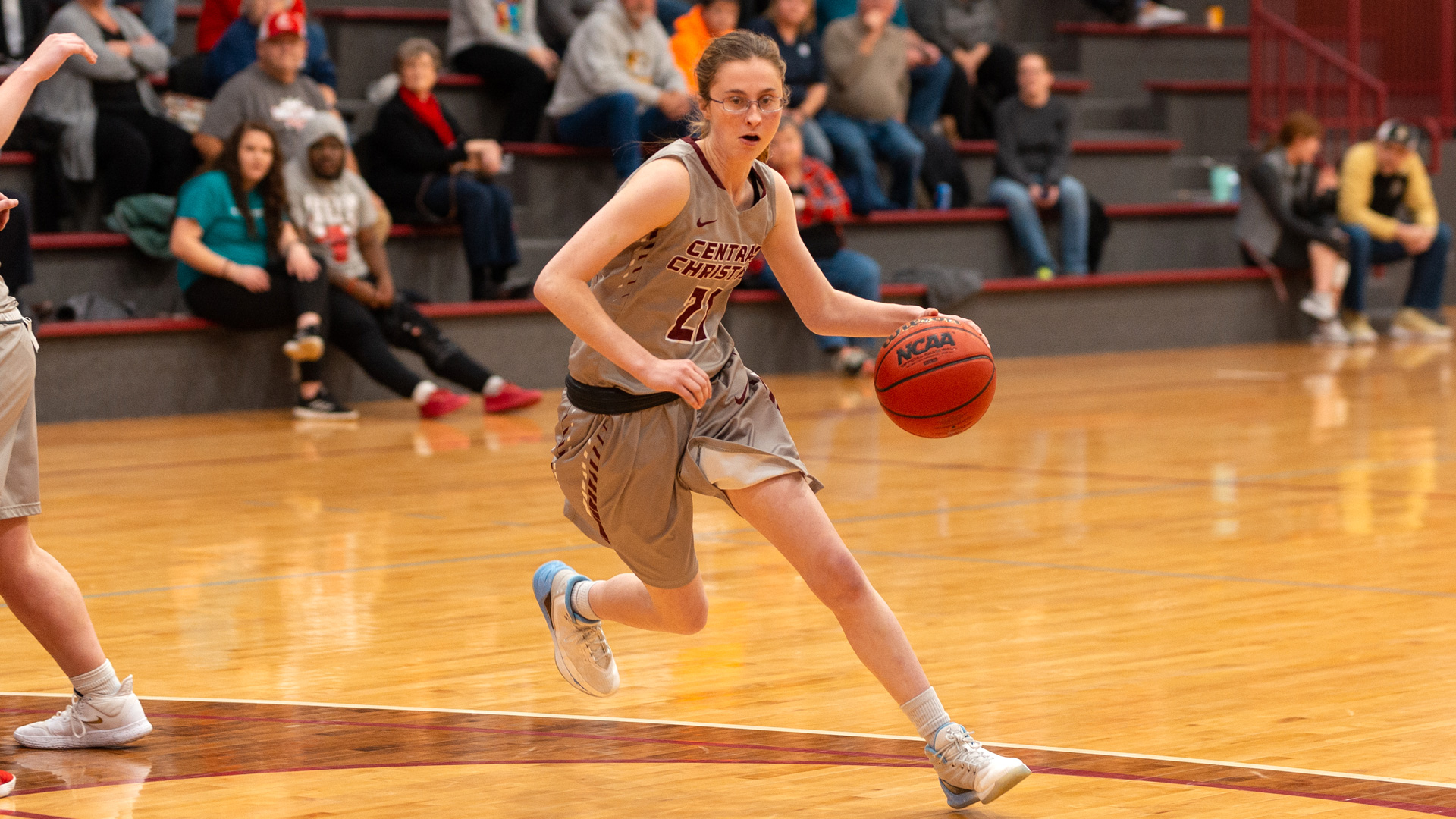 Saints unable to get into rhythm at Calvary

The Saints ended an eight-game losing skid at home on Saturday, but were unable to keep the momentum going as Central Christian College of the Bible suffered an 84-53 loss at Calvary University in Midwest Christian College Conference play on Tuesday.

The Warriors owned the middle two quarters, holding leads of 47-28 at the half and 71-37 at the end of the third quarter. The Saints finished the game outscoring the hosts, 16-13 in the final frame.

Willouer, who played in just her eighth game since joining the team at the start of January, matched Ta'Lor Branch in scoring 14 points to lead Central Christian. Tink Harris added another 12 points for the Saints.

Calvary was led by Avery Kornstad with 23 points on 5-for-10 shooting from 3-point range. The Warriors had 10 steals and forced 23 turnovers.

Central Christian will host two more conference games this weekend with Manhattan Christian College coming to town on Friday and Barclay College on Saturday. On Friday, the women tip off at 5:30 p.m., followed by the men's game at 7:30 p.m.