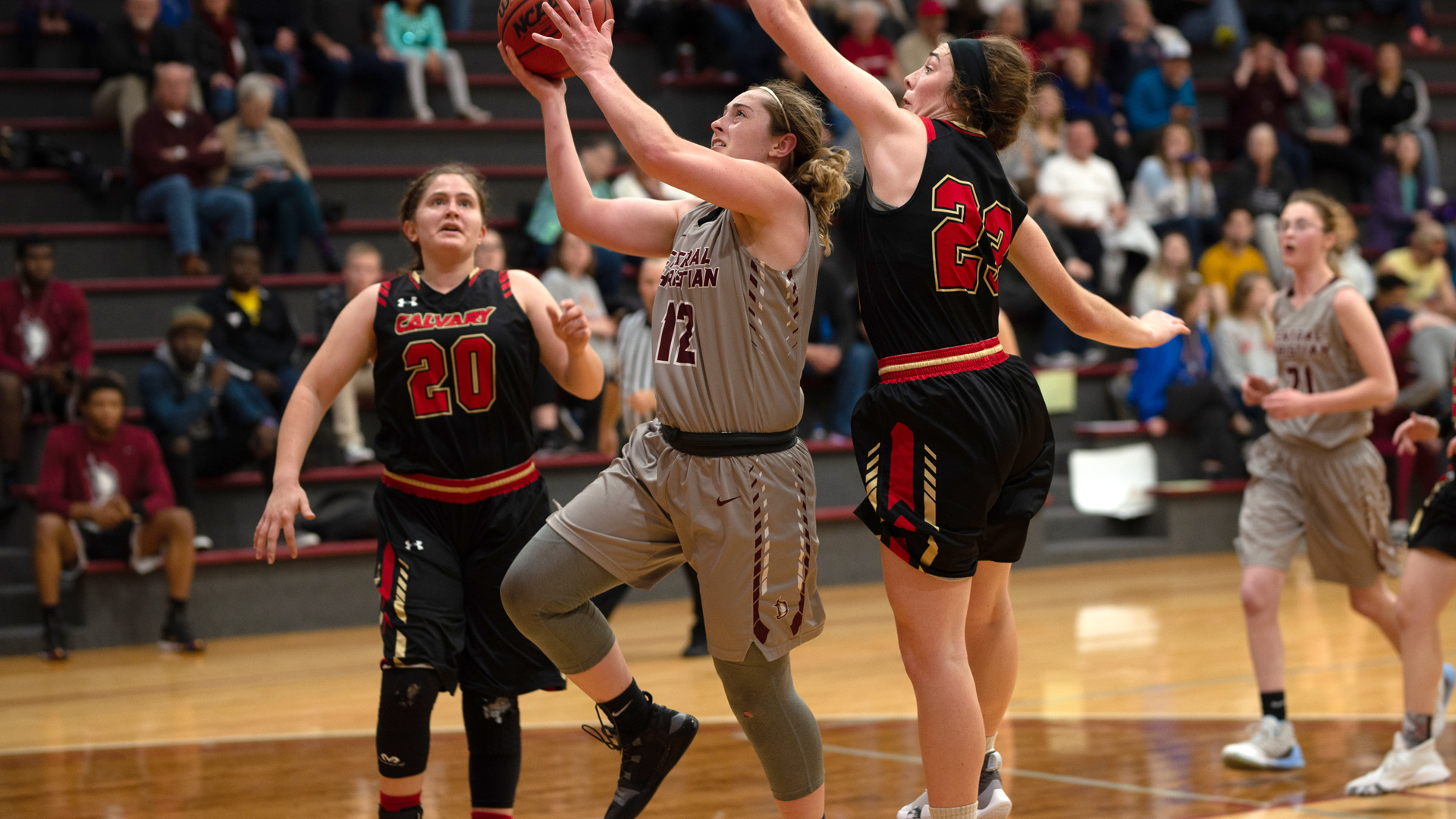 The Saints led from nearly start to finish, but a late push in the final three minutes gave Ozark Christian College a 73-72 victory over Central Christian College of the Bible's women's basketball team on Saturday at OCC.

From there, Ozark Christian (7-4, 1-0 MCCC) used a 21-8 run to finish out the game, including an 11-3 surge in the last 3:28. With 33 seconds reaming, Madison Schaper scored the final basket of the night, giving the Ambassadors their first lead since the opening quarter.

The Saints shot just 36 percent in the third quarter and 25 percent in the fourth. They managed to sink just one of their 13 attempts from behind the arc.

The Ambassadors only shot 35 percent for the game, 24 percent (7-for-29) from 3-point range and 44 percent (10-for-23) from the free throw line. Their big advantage was second chance opportunities where they hauled in 20 offensive rebounds.

Makenzie Purinton led Ozark Christian with 17 points on 4-for-8 shooting from behind the arc. Blake Burns scored 16 points and Schaper had 12.

The CCCB women play one final game before taking a break for Christmas. They host Nebraska Christian College on Saturday, Nov. 14 at 1 p.m.