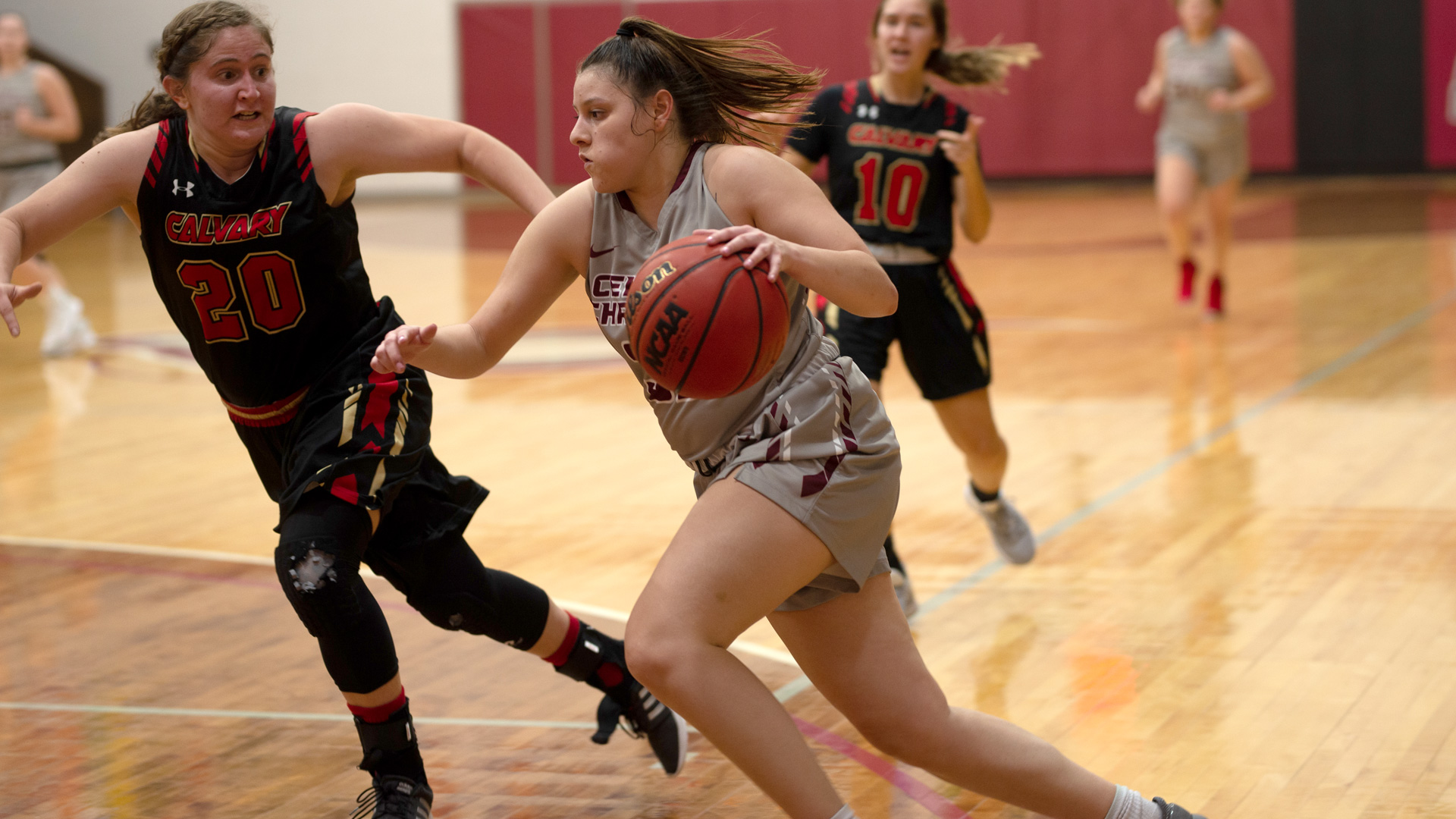 Saints come up short in high scoring affair with Warriors

Vanessa Oyola scored a season-high 32 points and Autumn Gunter dropped in 27 points to go with 12 rebounds, but it wasn't enough as Calvary University topped Central Christian College of the Bible, 109-95, on Thursday evening in the Ferneau Center.

Central Christian's 51-46 lead at the half was erased by a 33-19 surge in the fourth quarter by Calvary (4-2), who was led by Taylor Hunter with a game-high 40 points. The Saints never regained the lead in the final period despite cutting the deficit to seven.

Ta'Lor Branch added 15 points and Lauren Mills scored nine. The Saints shot 49 percent from the field to the Warriors' 46 percent, but were crippled by 27 turnovers.

Calvary finished with 14 steals on the night. They had three other players reach double figures as Avery Kornstad scored 19, and Shalom Sutcliffe and Anna Holloway added 13 points each.

The game did not count in the conference standings despite it being between two Midwest Christian College Conference members. The conference game between the two teams take place on Jan. 28 in Kansas City.

The Central Christian women are off until Dec. 2 when they travel to Lincoln, Neb., to face Union College in a doubleheader with the men.