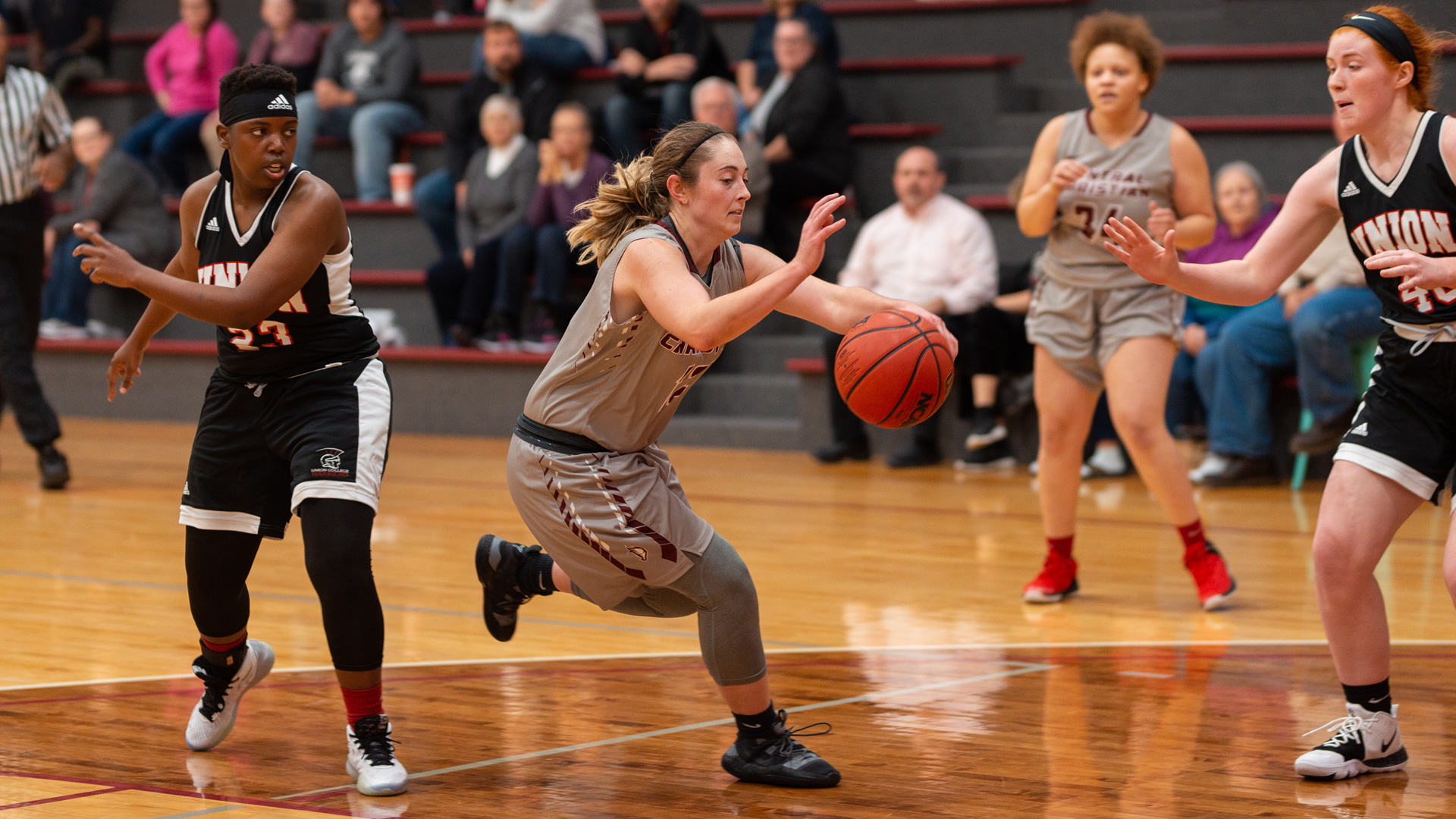 Saints drop pair of games in weekend classic at MacMurray

Playing for the third straight day, the Central Christian College of the Bible women's basketball team couldn't get the offense going in a 69-47 loss to MacMurray College on Saturday in the Sleep Inn Classic.

Central Christian narrowed the deficit to five points early in the third quarter, but another momentum swing gave the hosts a commanding 50-31 advantage heading into the final period.

Just two days after sinking an eye-opening 20 3-pointers in a win at home over Union College (Neb.), the Saints finished 1-for-16 from behind the arc against MacMurray, a member of the NCAA Division III.

Savanah Moore scored 17 points off the bench to lead MacMurray.

A day earlier, Central Christian lost to Monmouth College (Ill.), 92-43, in the first game of the Sleep Inn Classic. The Scots, also an NCAA DIII member, controlled things from start to finish, holding leads of 22-12 after one quarter, 43-24 at the half, and 70-38 at the end of the third quarter.

The Saints return to action at home on Tuesday when they face Hannibal-LaGrange University at 6 p.m.