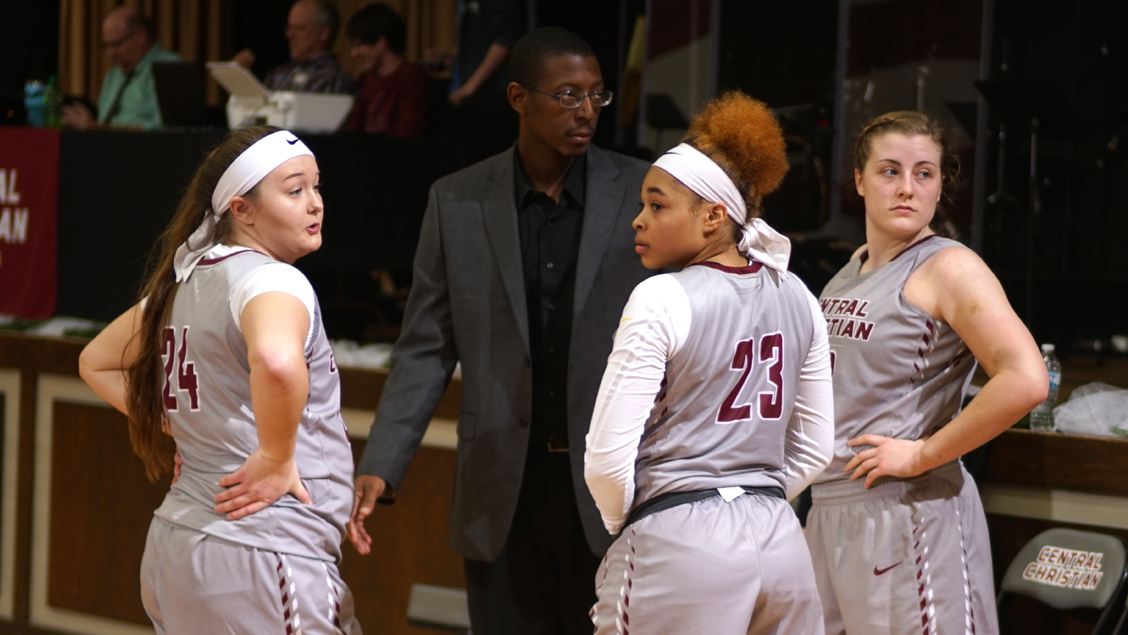 Central Christian College of the Bible women's basketball head coach Reggie Chapple has announced he will retire from coaching college basketball after the 2017-18 academic year.

The former NCCAA Division II National Coach of the Year decided it was time to step away from the game after 10 seasons on the sideline.

“I’ve enjoyed my time coaching at the college level,” Chapple said. “It has given me the opportunity to build long-lasting relationships."

The Saints are currently 10-16 overall and have wrapped up regular season play. They finished 4-4 (tied for third) in the Midwest Christian College Conference regular season and took fifth in the MCCC Tournament last weekend.

On Wednesday they start regional tournament play at Ozark Christian College in Joplin, Mo. Chapple let the team know of his future plans in mid-January.

“The decision to retire from coaching at the college level was very difficult, because I truly love the game," Chapple said. "In the past year, I’ve become aware of how time-consuming this profession can be. My family is at an age where I need to dedicate more of that time in their lives. The Lord just impressed upon my heart that it’s time for a change to take place, which is why I am stepping away.”

Chapple has led four programs at the intercollegiate level, and each stop has required some rebuilding. In eight seasons as a head coach, he has an overall record of 91-130.

At his alma mater, the University of Valley Forge, a former member of the National Christian College Athletic Association (NCCAA) Division II, he took a struggling program and produced three winning seasons with a 56-39 overall record.

"Coaching is unique because you have the opportunity to impact so many lives," Chapple stated. "However, as I reflect I can genuinely say that many athletes and colleagues have had a big impact on my life. It was a blessing to be able to teach, but I am extremely thankful for all of the lessons that I’ve learned.”

The fourth-seeded Saints' first test in the regional tournament is No. 5 seed Dallas Christian College on Wednesday at 5 p.m. The winner advances to face top-ranked and three-time defending national champion Arlington Baptist University.

Whether the season ends this week or in two weeks at the national tournament in Greenville, S.C., Chapple has enjoyed the ride.

The search for Chapple's replacement is currently under way.