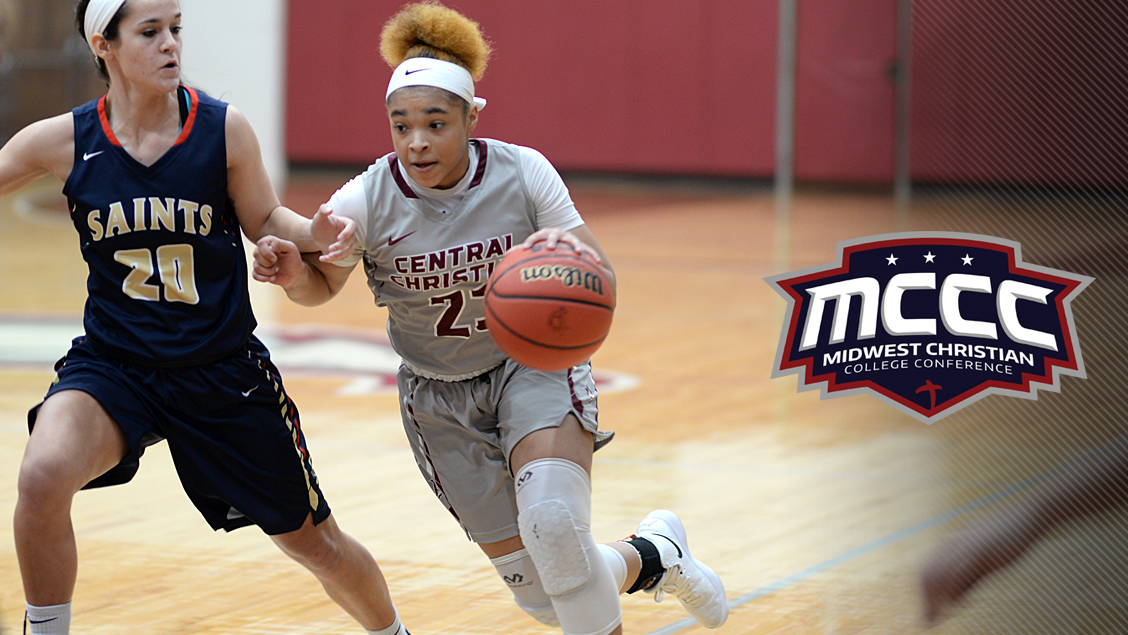 Central Christian (10-16), seeded third, fell victim of the upset in the opening round of the tournament, dropping a 57-53 decision to No. 6 seed Faith Baptist Bible College on Thursday. The Saints bounced back with a 57-35 win over Ozark Christian College in the consolation semifinal on Friday, then downed Calvary, 42-37, in the fifth place game on Saturday.

The Saints trailed throughout the first half in their first round game against Faith Baptist. Trailing by as many as 10 early in the third quarter, Central Christian used a 27-11 run to take a 43-34 lead heading into the final frame. However, Faith Baptist regained full control in the fourth quarter, outscoring the Saints, 23-10, to secure the victory.

Against Ozark Christian, Tressa Terry scored a game-high 15 points and pulled down 11 rebounds as Central Christian maintained control throughout, holding a 33-5 lead at halftime.

Salmons added 11 points and 12 rebounds, while Eureste scored 14. The Saints outrebounded the Ambassadors, 47-26.

On Saturday, the Saints stayed in control for three quarters, which was enough to hold on despite a late surege by Calvary. Eureste scored 16 points and grabbed eight rebounds, while Salmons added 12 points and seven rebounds.

On Friday, two Saints were named to the all-conference team. Damia Covington earned second team honors, while Karissa Baber was named to the first team.

The Saints' postseason continues on Wednesday when they travel to Joplin, Mo., for the NCCAA Division II Southwest Region Tournament. Central Christian is seeded fourth and will face the No. 5 seed Dallas Christian College at 5 p.m.