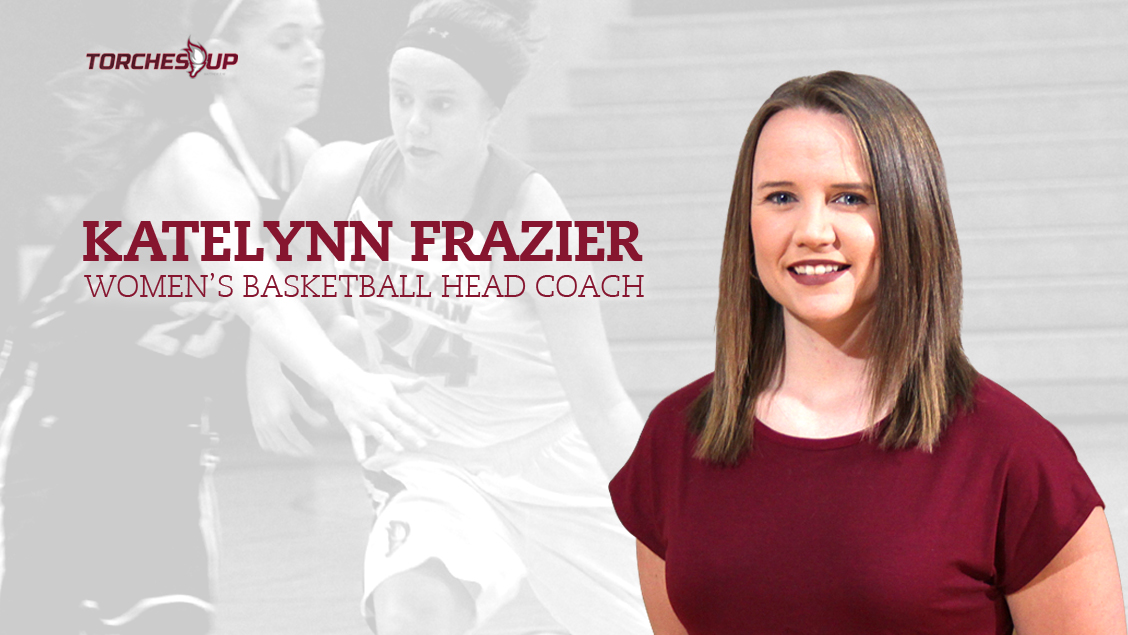 A familiar face to Saints fans is now leading the women's basketball program at Central Christian College of the Bible. Director of Athletics Jack Defreitas, on Wednesday, announced the hiring of former All-American Katelynn Frazier as head coach, effective immediately.

"I have watched Katelynn grow and mature as a leader on and off the court, and most recently as a coach on the sidelines," Defreitas said. "She adds a great deal of energy, loyalty, and concern for the spiritual growth of our student-athletes. I am excited to now watch her lead as the head coach of our women's basketball program."

Frazier replaces Reggie Chapple, who announced his retirement from coaching last month after just one season with the Saints. Last season she served as an assistant coach under Chapple, following a successful four-year playing career.

"I am to grateful to Jesus and to the leadership at Central for giving me this opportunity," Frazier stated. "I know there is a lot of work ahead of me in this new role, but I am confident this is where I am meant to be, and I am very excited to see what Jesus has planned for our women's program."

A native of Dexter, Mo., Frazier was a staple in the Saints' success during her four seasons as a player. She was named the Midwest Christian College Conference's Most Valuable Player as a freshman, later became a two-time recipient of the NCCAA Division II Scholar-Athlete award, was a three-time all-region performer and an NCCAA Division II All-American as a freshman and sophomore.

As a sophomore, Frazier helped guide the Saints to their second MCCC regular season title in program history and a runner-up finish in the 2015 NCCAA Division II national tournament. A knee injury sidelined her for the first halves of her junior and senior seasons, but she went on to finish with 1,306 points in her career for third on the CCCB women's basketball all-time scoring list.

Additionally, the success in college came on the heels of helping Dexter High School to the Class 4 state championships as a senior.

"Success has followed Katelynn wherever she's been," Defreitas said. "I know that she will work hard and pour everything she has into leading our group of young women."

The Central Christian women finished 10-17 overall and tied for third in the MCCC with a 4-4 record in 2017-18. Recruiting will be the highest priority starting out as the Saints endured the entire season with a thin roster.

"My immediate goals as I look to this upcoming season is to expand my knowledge of the coaching side of basketball and bring together a strong roster for the 2018-2019 season," Frazier said. "Spiritual development is very important to me, and I want to push our student-athletes toward athletic excellence. I believe we have the resources to do both of those things."

Frazier graduated from CCCB in 2017 with a Bachelor of Science in Christian Counseling. In addition to coaching, she will also serve as a counselor in the admissions department at CCCB.