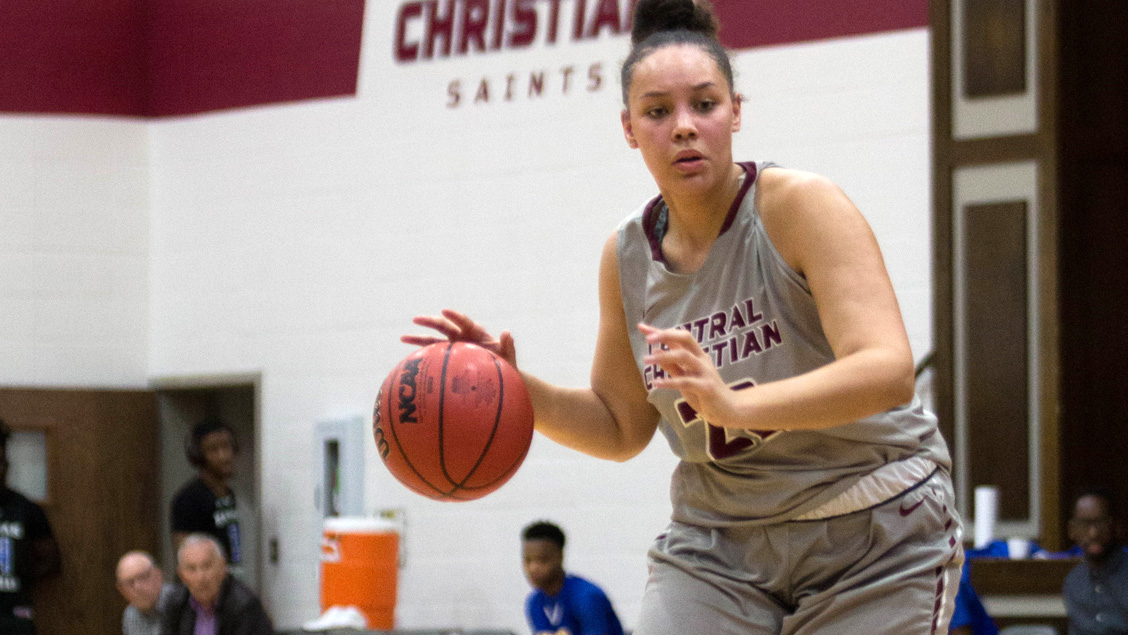 Saints unable to put away Eagles after strong start

The Central Christian College of the Bible women led after one quarter of play and by as many 10 in the first half, but couldn't hold on as Faith Baptist Bible College knocked off the Saints, 74-62, in the conference opener for both teams on Monday evening in the Ferneau Center.

The Saints (1-11, 0-1 Midwest Christian College Conference) led 18-13 at the end of the first quarter, then pushed their advantage to 10 midway through the second stanza.

The Eagles (2-6, 1-0 MCCC) countered with a 17-4 run in the final 5:44 before the half to take a 34-31 lead, one they would hold the rest of the evening. The Saints trailed 55-45 at the end of the third quarter and got as close as seven before Faith Baptist pulled away to a 15-point lead late in the fourth quarter.

The Saints have nearly three weeks off before they return to action at Columbia College in exhibition play on Dec. 31.