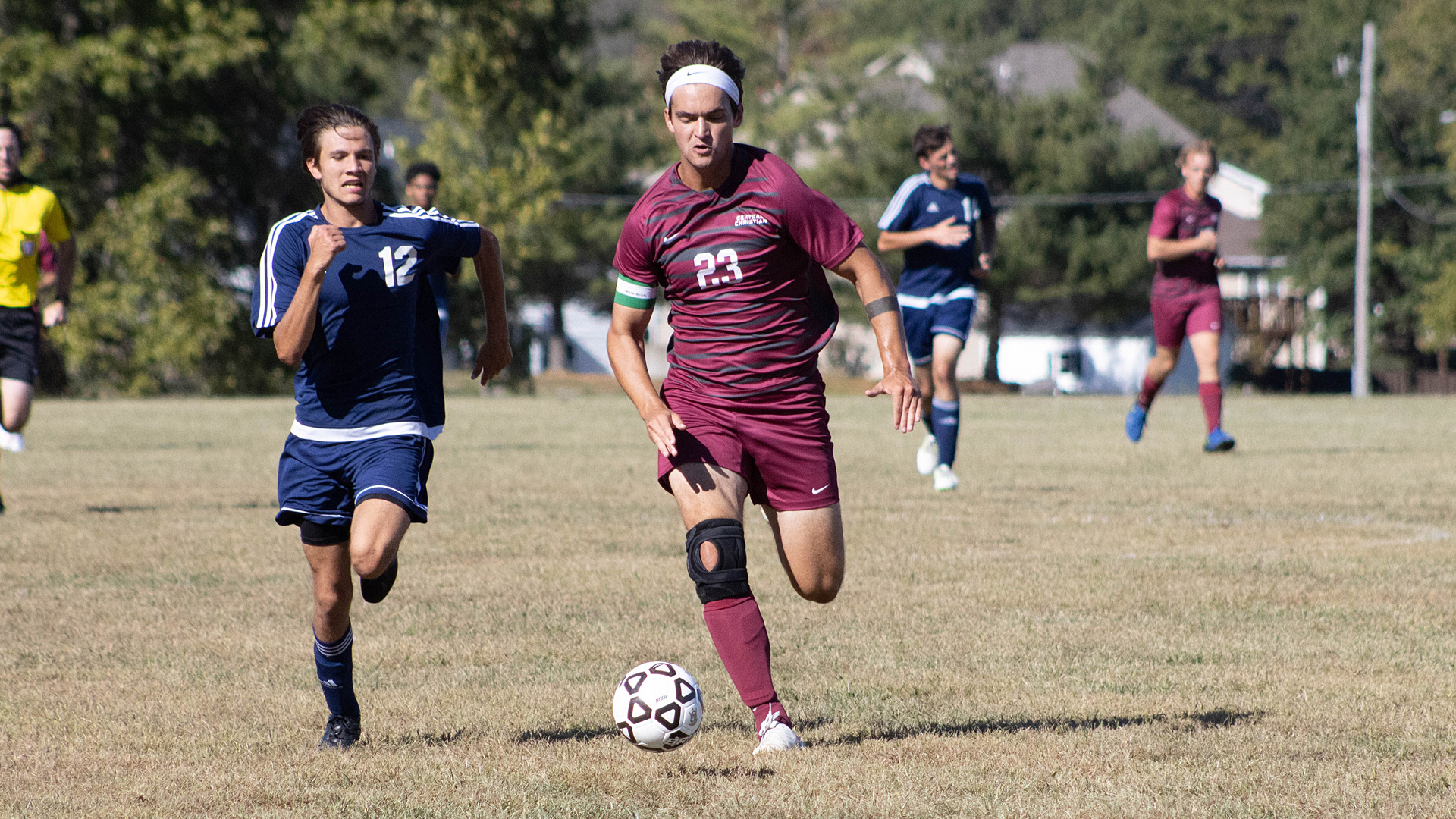 The Saints have been faced with a decent share of adversity in the first year of intercollegiate men's soccer in five years. Often times playing shorthanded, the Central Christian men have persevered to four wins overall and three in Midwest Christian College Conference play. Later today they will compete as the No. 4 seed in the league tournament.

Central Christian (4-7) faces the top seed and seventh-ranked Manhattan Christian College in the semifinals of the MCCC Tournament at 3 p.m. in Ankeny, Iowa. The top four seeds play semifinals on Friday, winners and losers advance on Saturday to determine championship and third place finishes.

Two of the Saints' four wins of the season came against Ozark Christian College, while the other two came against Barclay College and Emmaus Bible College, a 4-0 victory on Monday. The other semifinal game includes second-seeded Faith Baptist Bible College versus third-seeded Calvary University. Earlier in the year, CCCB lost two matches to Faith Baptist and one to Calvary.

With a win today, the Saints would play in the championship match tomorrow at 12:30 p.m. The third place match will take place at 3 p.m. tomorrow.

Coverage of the 2021 MCCC Men's Soccer Tournament, including live stats and video, can be found at https://fbbceagles.com/tournaments/soc/MCCC_2021_Soccer/index.