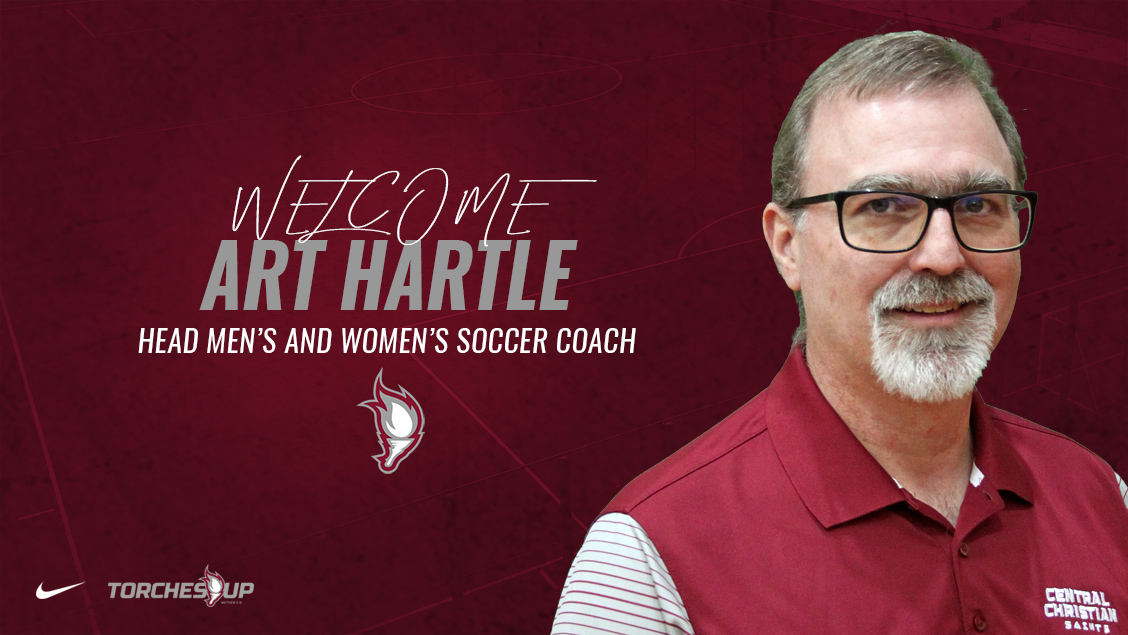 Art Hartle has been named head men's and women's soccer coach at Central Christian College of the Bible, Director of Athletics Jack Defreitas announced Thursday. Hartle takes over for Joshua Miller, who shifted over to become the Dean of Students at CCCB after a year-and-a-half of managing the soccer program.

In all, Hartle compiled a 257-140-8 record as a head coach at CFS. He led the program to six Missouri Christian Schools Athletic Association (MCSAA) state titles and a National Association of Christian Athletes (NACA) title.

"Art brings a great deal of experience and leadership in coaching the game of soccer," Defreitas said. "He will excel at mentoring our student-athletes and getting the best out of their ability. We are extremely excited to see him lead the next phase of our soccer programs."

As an assistant on the girl's side, Hartle helped the Lady Knights win two MCSAA state titles and three second-place finishes. He also spent six years as an assistant boy's basketball coach.

Hartle will continue the efforts started by Miller with the goal of both programs returning to the pitch in the fall of 2021.

"I would like to thank the leadership of Central Christian College of the Bible for the opportunity to coach the Saints soccer teams," Hartle said. "To start a new program and restart another is a great endeavor, and it is nice to know that so many people here at CCCB are behind this undertaking."

"I want to set up a program where the players are glorifying God, by using their talents to reach the highest podium that they can," he added. "The type of players I am looking for are those that will be servant-leaders; leading by example, have the will to work hard in the classroom, and those who are willing to put their teams success above their own."

Hartle graduated from Columbia College in 1996 with a Bachelor of Science in Computer Information Systems. He also holds two United Soccer Coaches (USC) national diplomas, one in Goalkeeping Level I and the other in Youth Level II Certification.

Hartle began his tenure with CCCB in December. He and his wife, Anne, have four children, Eleanor, Sophia, Meaghan, and Arthur; and reside in Columbia.