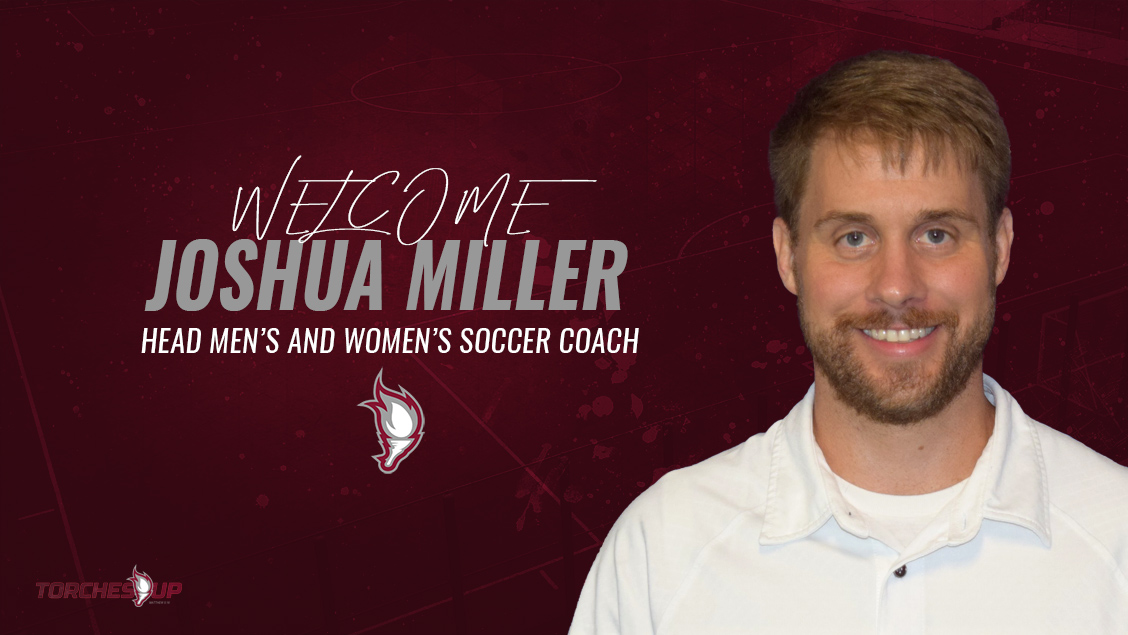 Joshua Miller has been named head men's and women's soccer coach at Central Christian College of the Bible, Director of Athletics Jack Defreitas announced Wednesday. Miller takes over the reins for both programs on the heels of CCCB's announcement last month that it would reinstate men's soccer and add women's soccer.

"We are thrilled to have someone with Joshua's knowledge and experience of soccer at the NCCAA Division II level joining our team as we ramp our program back up," Defreitas said. "This was a no-brainer for us because Joshua is such a good fit for the mission of the institution and the athletics program. There is no doubt that he is going to lead with a passion for training servant leaders."

Miller has over a decade of experience as a coach at the collegiate level, most recently in stints as an assistant coach at Malone University, an NCAA Division II program in Canton, Ohio, and as the Director of Soccer and Head Women's Soccer Coach at Bluefield College, an NAIA program in Bluefield, Va.

While at Kentucky Christian, Miller led his women's team to four regional championships, four national tournament appearances, and was a three-time region coach of the year. In addition to coaching, Miller served as the Director of Student Activities at Kentucky Christian from 2011-16.

"My wife, Alex, and I are very thankful and excited for the opportunity to serve at Central Christian College of the Bible," Miller said. "I thank Dr. Fincher, Jack Defreitas and the search committee for giving me the opportunity to lead both soccer programs. I look forward to developing a family and servant leadership culture within the programs that will provide an opportunity for our players to learn, grow and be challenged."

Miller graduated from Cincinnati Christian in 2007 with a Bachelor of Science in Youth Ministry. He holds a United Soccer Coaches (USC) National Diploma, a USSF "D" License, a USC Goalkeeping Level 3 Diploma, and seven special topic diplomas through USC. Additionally, he has coached eight all-Americans and 24 scholar athletes.

Miller will begin his tenure with CCCB on Monday, July 22, with the task of recruiting full rosters for both men's and women's soccer to compete during the 2020 seasons.