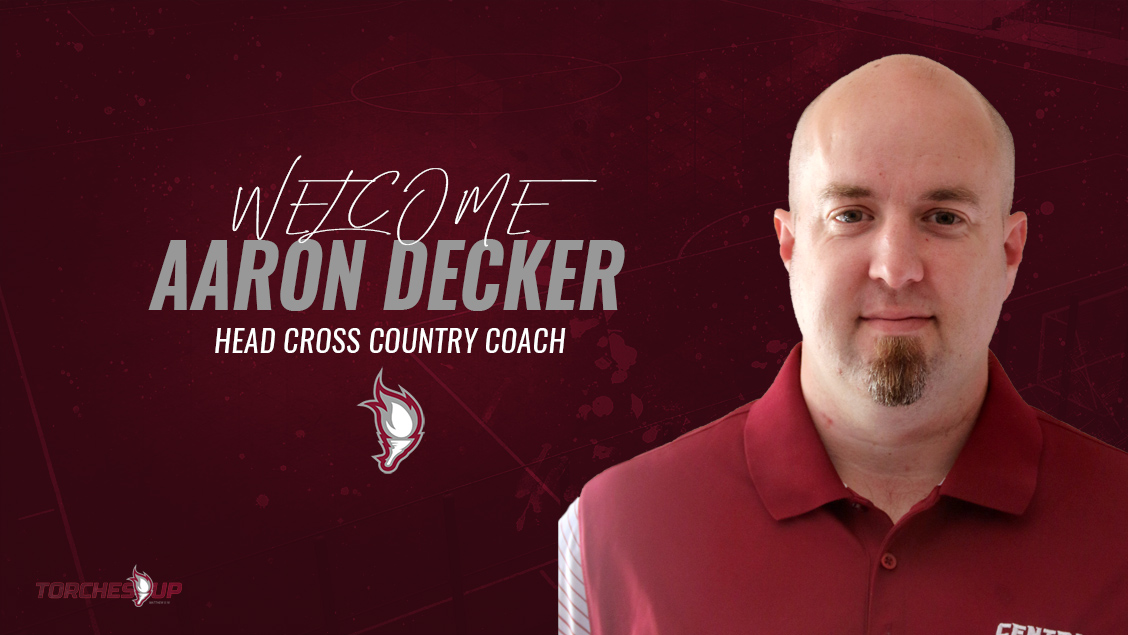 Aaron Decker has been named head men's and women's cross country coach at Central Christian College of the Bible, Director of Athletics Jack Defreitas announced Monday. Decker becomes the second head coach in the history of the cross country programs following CCCB's announcement in June that it would reinstate the sport.

"Aaron is an outstanding hire for CCCB," Defreitas said. "I don't think we could have found a better match to lead our cross country program. His experience in coaching and recruiting runners is top notch and he is a perfect fit mission-wise for the institution."

During his time as the head track and field coach at Wisconsin-River Falls, the program broke 44 school records and produced 13 All-Americans, a national champion, and 15 academic All-Americans in four years.

In addition to athletic performance, a lot of his efforts throughout the years have involved coordinating mission work, teaching students about serving the Lord and others, and helping student-athletes realize their potential as servants of God and members of the community.

"I want to thank CCCB and the administration for this opportunity to develop student athletes through a ministry centered approach and share my experiences and leadership abilities with the future leadership that CCCB continues to model and share with the community," Decker said. "Every CCCB student that I have gotten to know in recent years has carried the qualities and giving personality that can grow a community. I look forward to growing in my faith alongside the student body of CCCB."

Decker graduated from Truman State University in 2004 with a Bachelor of Science in Exercise Science. He earned a Master of Science in Exercise Science with an emphasis in Biomechanics from Illinois State University in 2006. Additionally, he holds certification as a Strength and Conditioning Specialist and is certified in multiple categories by the USA Track and Field.

Decker currently serves as the Code Enforcement Officer and Building Inspector for the City of Moberly. He and his wife, Niki, have three daughters, Delany, Logyn, and Maggie, and attend Timber Lake Christian Church.