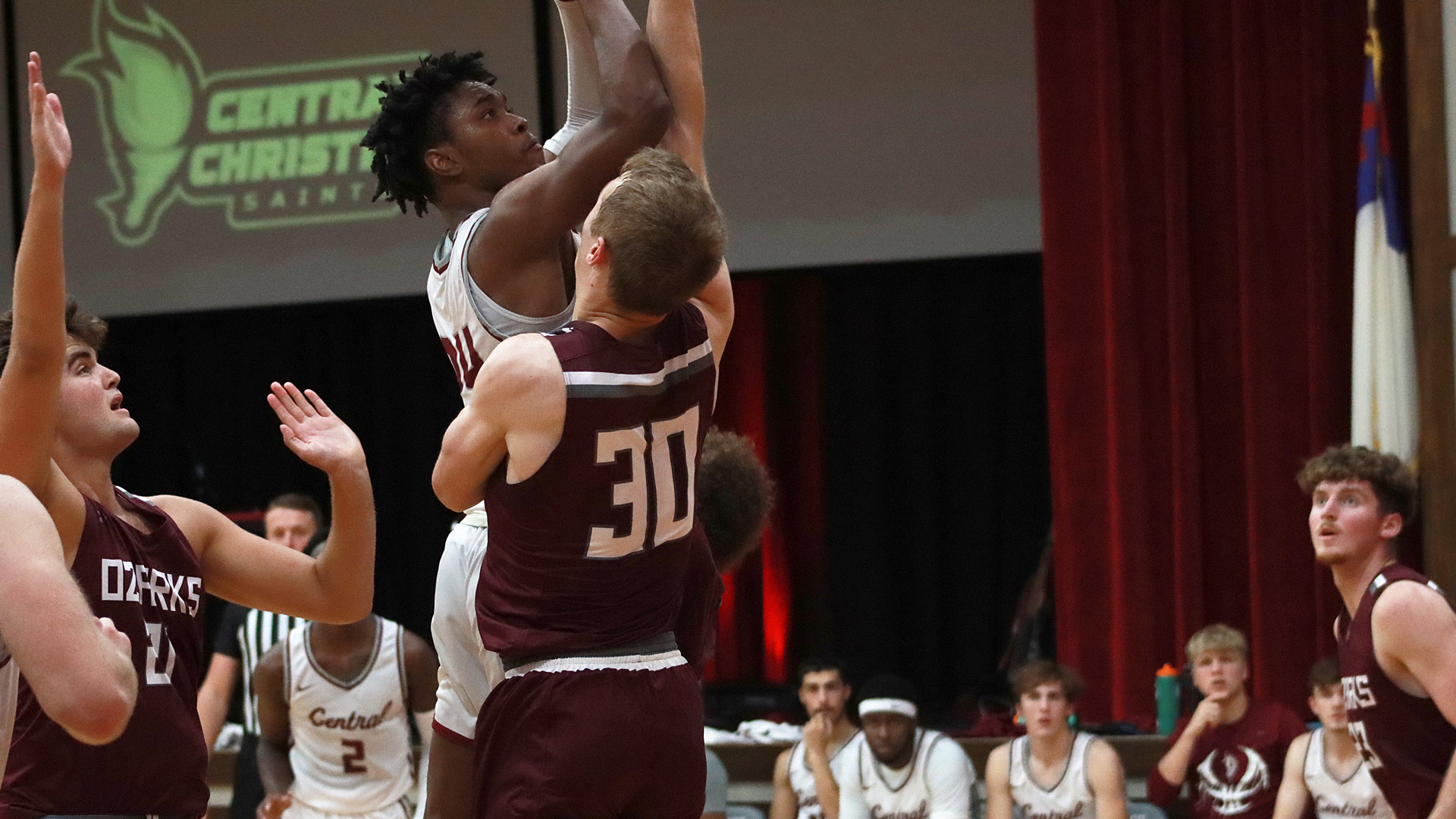 Saints fall in final seconds to College of the Ozarks

Two games into the season, the Saints may be responsible for raising blood pressure levels of their fans.

The Central Christian men's basketball team came up short for the second straight night on the young season as College of the Ozarks left town with a 67-65 victory on Tuesday evening inside the Ferneau Center.

Following a 97-92 heartbreaking overtime loss to Spurgeon College in the season opener a week earlier, the Saints fell victim to the Bobcats in similar fashion as Ozarks' Kyle Flavin sank a 12-footer with 0.7 seconds on the clock to break the tie.

Central Christian (0-2) kept it close throughout the first half despite going 1-for-10 from behind the arc and shooting just 39 percent from the field. The Saints trailed 31-26 at half, then faced a 10-point deficit just seconds into the second half.

Two Tyce Laubinger post scores and a Jackson King 3-pointer got the offense going, and the Saints rallied to take the lead late in the game.

A Quincy James, Jr., drive and finish with 1:58 left gave Central Christian a 65-63 lead, but Ozarks tied it up with a layup on their next possession.

The Saints could not convert on their three field goal attempts inside the 1:30 mark and Flavin's jumper proved to be the game-winner.

The Bobcats were led by Flavin's 12 points and Matt Luebbert's 10.

The Saints return to action on Saturday when they face Williams Baptist University in Walnut Ridge, Ark.