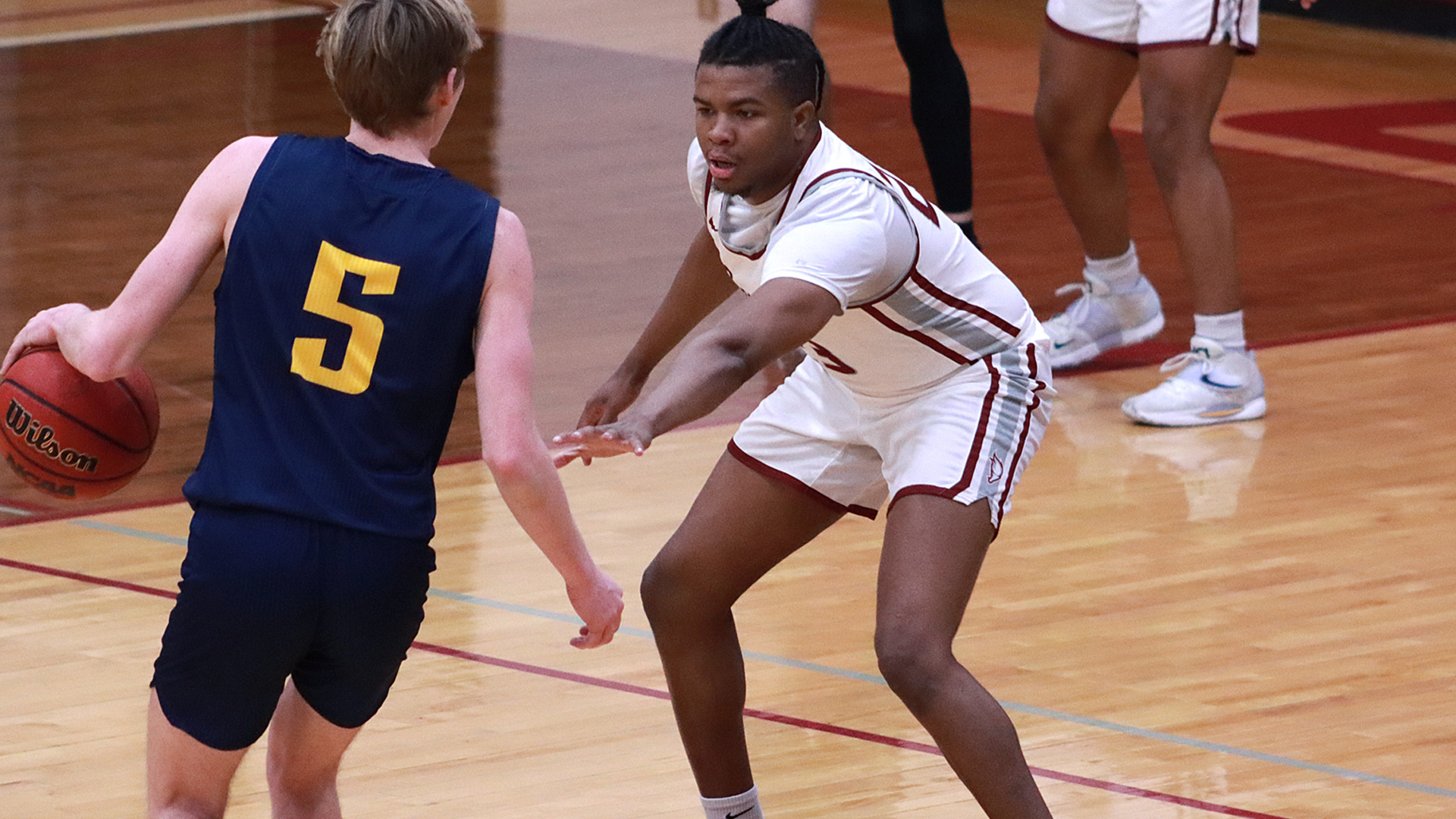 It took nearly 30 minutes, but the Central Christian men's basketball team finally found their rhythm as they put an end to their four-game skid with an 83-65 victory over Spurgeon College on Tuesday evening inside the Ferneau Center.

Central Christian (9-9) used a 14-1 spurt in the final three minutes of play to pull away from the visiting Knights (3-10). Leading 69-64 with 3:38 remaining, back-to-back baskets by Andre Johnson fueled a surge that had the Saints in full control.

Johnson ended the night with a game-high 22 points, 14 coming in the second half, and 10 rebounds. Jackson King added another 14 points and 10 rebounds, while Adris Hamilton came off the bench to score 13 points. Tyce Laubinger tossed in another 12 points and grabbed six boards.

Each of the two teams had their share of the lead in the first half until the Knights used a 12-0 run to go into the locker room with a 40-33 advantage. The margin was still at seven just a couple minutes into the second half before the Saints began to chip away.

Central Christian tied the game at 49-piece with 12:35 left to play, then grabbed the lead for good on a Johnson made free throw with 10:06 remaining.

The Saints shot 49 percent from the field to their opponents' 37. They also outrebounded the Knights, 51-31.

Spurgeon was led by Brett Smith with 21 points and Jackson Holt with 13.

The CCCB men will join the women this weekend in Iowa when they take on Faith Baptist Bible College on Friday and Emmaus Bible College on Saturday in Midwest Christian College Conference play.