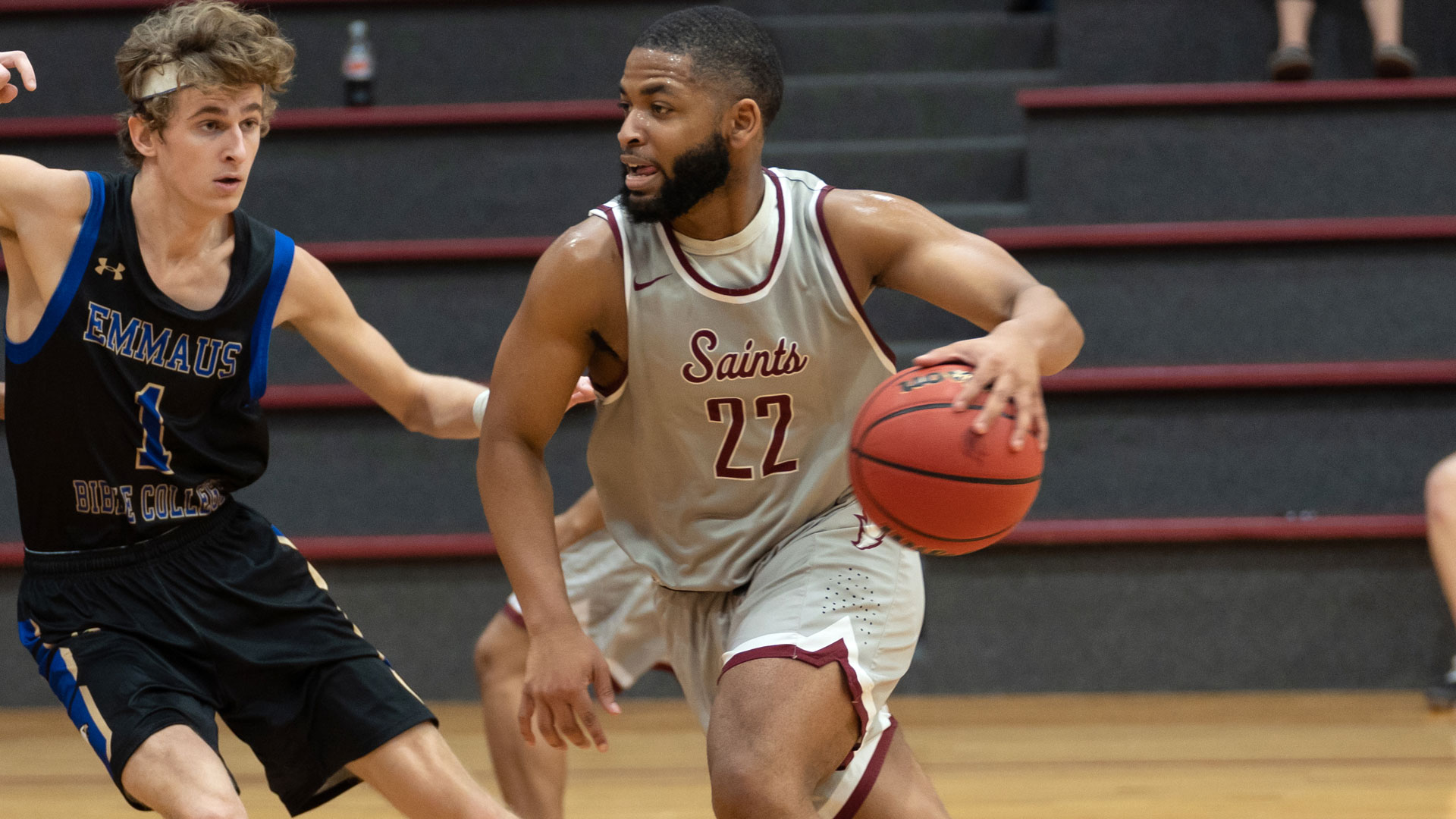 Strong second half fuels comeback win for the Saints

The Central Christian men's basketball team turned one of its worst first half performances of the season into arguably the best second half showing in a 95-83 win over Calvary University on Tuesday night inside the Ferneau Center.

The Saints (6-10, 4-4 MCCC) faced a 44-36 halftime deficit after committing 18 turnovers and shooting just 29 percent from behind the arc. The Warriors extended their advantage to 59-46 a little over four minutes into the second half, then things started to click for CCCB.

A Sam Adams 3-pointer ignited a 15-0 run over the ensuing four minutes that gave the Saints a five-point lead. They gradually extended the margin throughout the remainder of the contest, outscoring their guests, 49-24, in the final 15 minutes.

John Williams led five Saints in double figures with 25 points, 18 of which came in the second half, and 10 rebounds. Trey Black also had a double-double of 22 points and 10 assists, finishing just two rebounds shy of a triple-double with eight.

Adams' hot hand was key during the second half as he sank four of his five 3-pointers during the run to finish with 19 points. Trey Koester and Savion Thorpe both added 10 points each.

The Saints, who snapped a seven-game losing skid with the win, committed just four turnovers and dished out 13 assists after the break. Central Christian shot 50 percent from the field and 41 percent from behind the arc, while Calvary shot 42 percent overall and 16 percent on 3-pointers.

The Saints return to action this weekend with conference road matchups at Barclay College on Friday and Manhattan Christian College on Saturday.