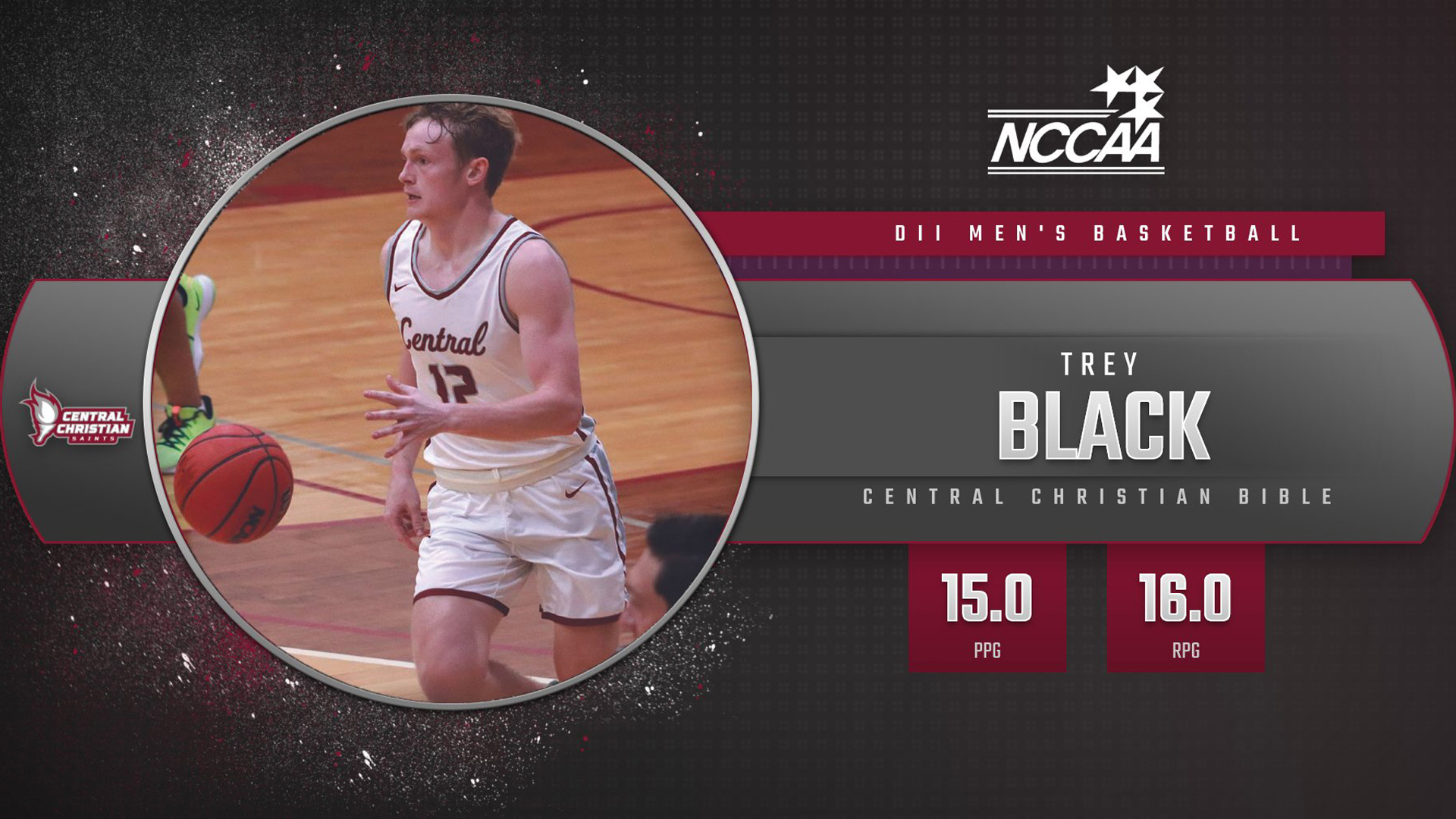 Senior guard Trey Black was named Men's Basketball Division II Student-Athlete of the Week by the National Christian College Athletic Association for his performance against Kansas Christian College on Nov. 9.

The Choctaw, Okla., native scored 15 points, pulled down a career-high 16 rebounds, and had four assists in an 88-78 win over the Falcons.

The Saints are 3-1 overall following another win on Monday night, an 81-75 victory on the road at Spurgeon College. They head to Minnesota on Friday to face North Central University and Oak Hills Christian College as part of a classic at NCU.