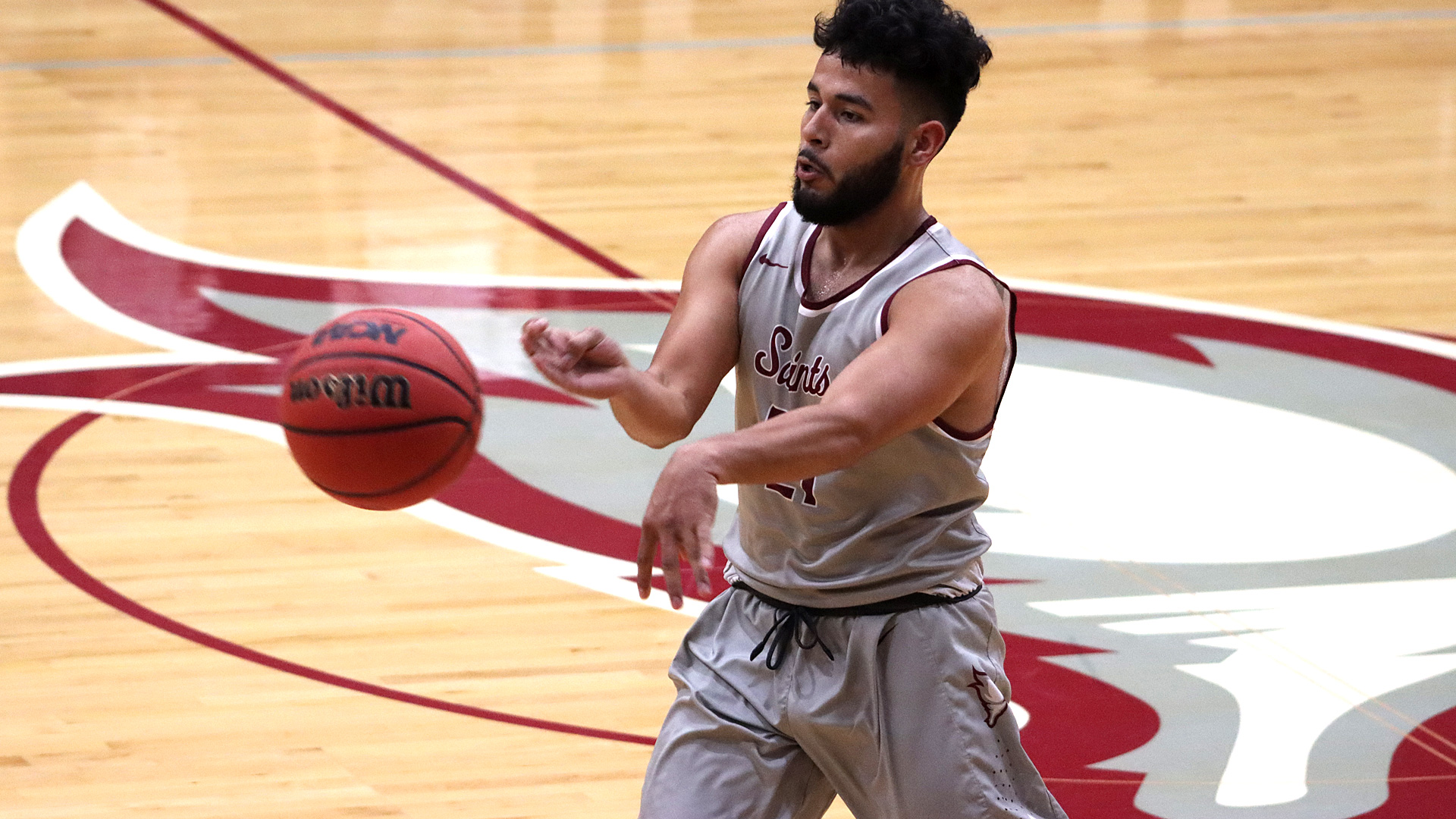 Despite a big early lead, the Central Christian men's basketball team had to battle until the final seconds to finish off Spurgeon College, 81-75, on the road on Monday night.

Central Christian went on to lead by as many as 16 early in the second half, then Spurgeon (0-4) began to chip away at the deficit. A Braden Chapman 3-pointer with 56 seconds remaining narrowed the Saints' lead to 76-75.

From there, Central Christian regained control by going 5-for-6 from the free throw line and forcing stops on Spurgeon's final three possessions to close out the game.

Central Christian shot 50 percent for the game and 30 percent (6-for-20) from behind the arc. They held Spurgeon to 37 percent shooting and 31 percent from 3-point range.

Jude Warren scored a game-high 22 points and grabbed 11 rebounds to lead the Knights.

The Saints play a pair of games in Minneapolis on Friday and Saturday. They face North Central University on Friday and Oak Hills Christian College on Saturday.