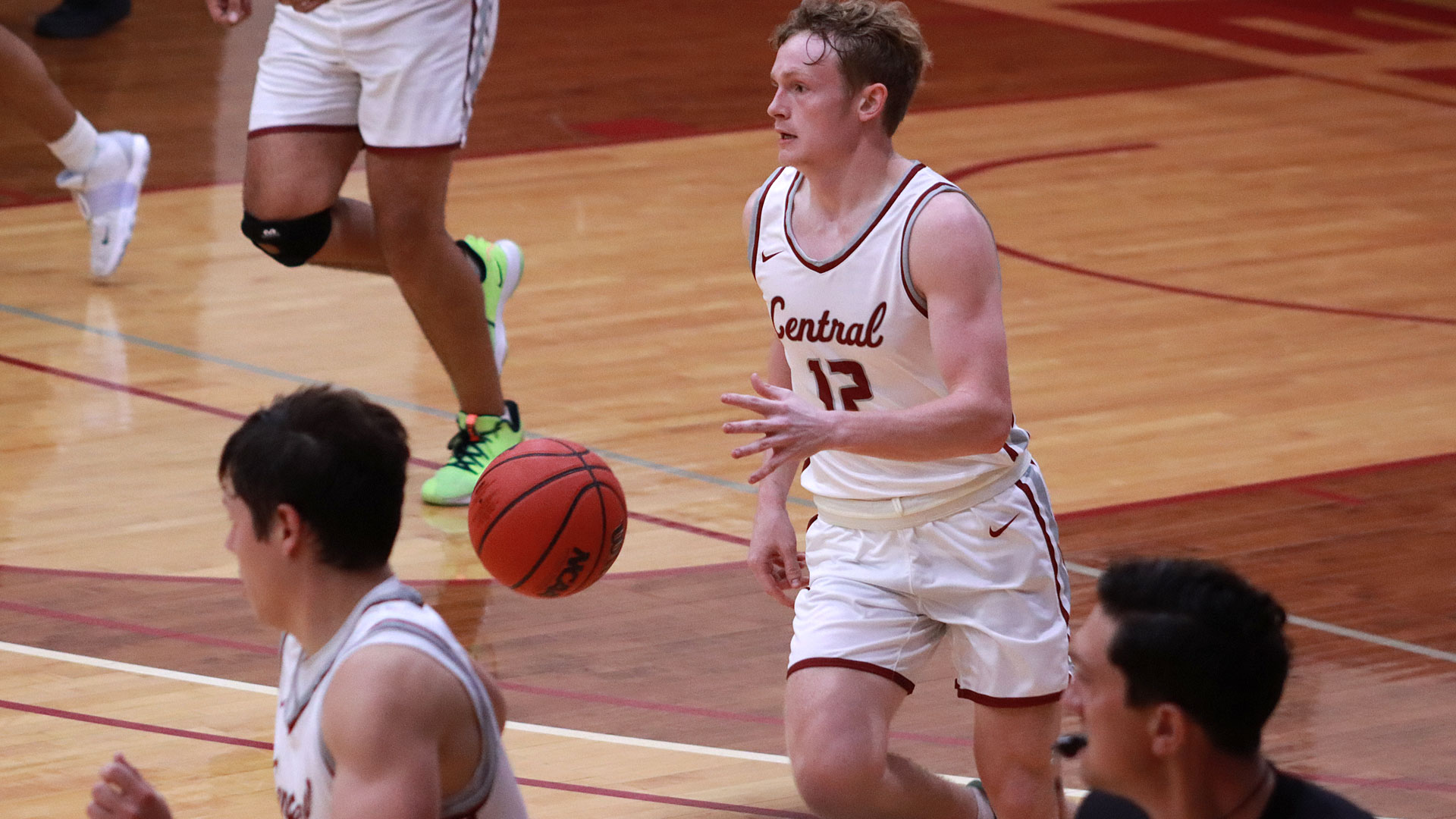 Saints surge in key moments to down Kansas Christian

Four players reached double figures and another was a point shy of achieving the same feat as the Central Christian men's basketball team knocked off Kansas Christian College, 88-78, on Tuesday evening in the Ferneau Center.

Rodrigo Nunez scored 19 points and grabbed nine rebounds, while Trey Black, Jackson King and Quincy James all finished with 15 points each for the Saints, who improved to 2-1 on the season. Black recorded a double-double by grabbing a season-high 16 rebounds, while Tyce Laubinger scored nine points and Sam Adams pulled down seven rebounds.

The game was tight through most of the first half until Central Christian used an 11-0 run with 40 seconds remaining before intermission to take control. The Saints never trailed in the second half and led by as many as 11, although the Falcons (1-1) got as close as two with 7:01 left to play.

A 3-pointer by James and four straight made free throws by Nunez and Adams helped fuel a 9-2 surge over the next three-and-a-half minutes to put Central Christian back in control with just 3:43 remaining.

Kansas Christian shot 33 percent from the field and 32 percent (14-for-44) from behind the arc.

Central Christian is back at home on Thursday when they face Hannibal-LaGrange University at 7 p.m.