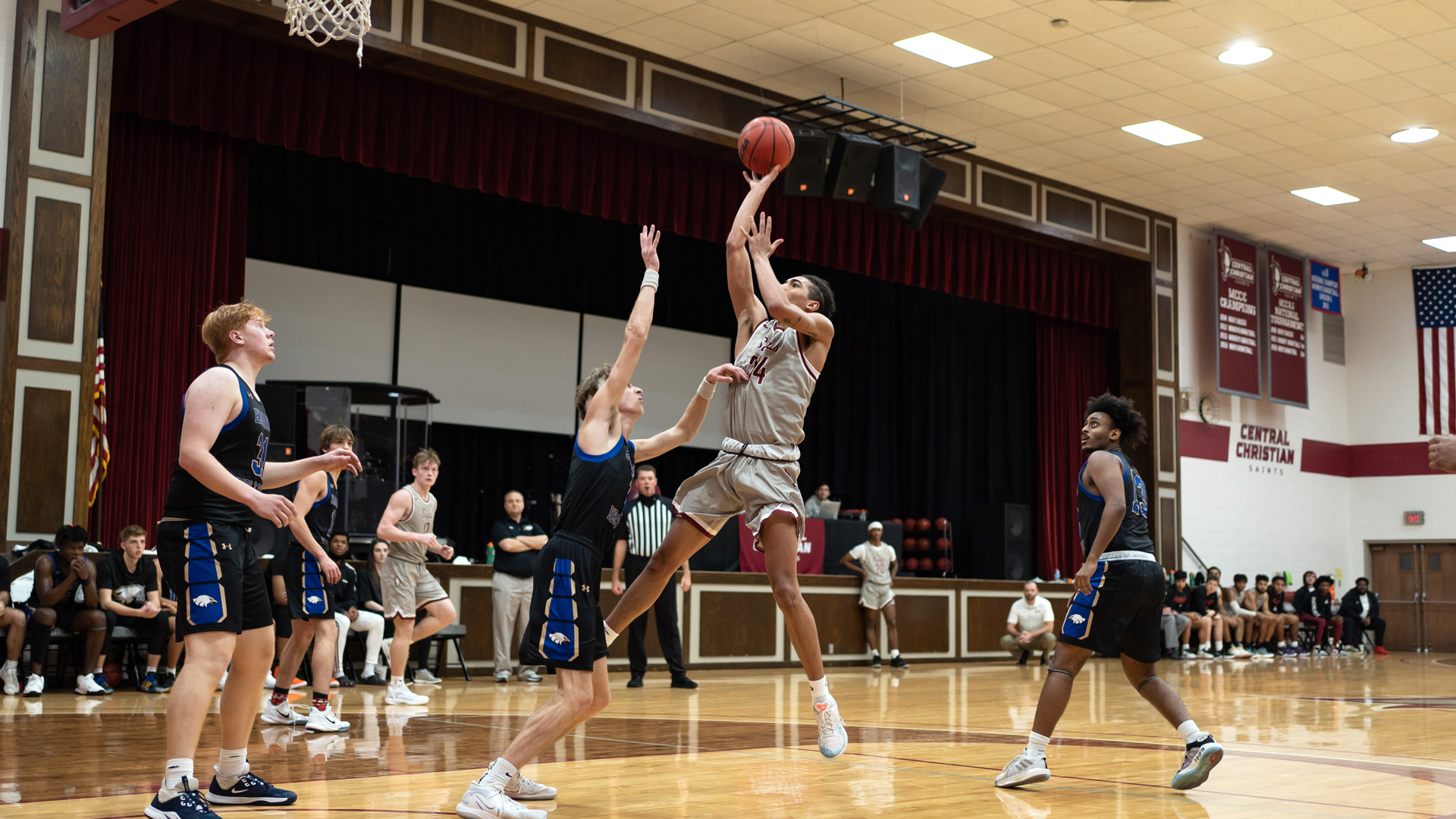 The Saints (2-3) hadn't played a game for two-and-a-half weeks, and it showed. They went the first three minutes and 10 seconds without scoring, found a few brief moments of momentum in the first half, before eventually going to the locker room facing a 43-25 deficit.

There was life for Central Christian in the second half, however, as the Saints went on to shoot 66 percent after the break and matched their opponents at 47 points apiece in the final 20 minutes. They trimmed the deficit to 70-58 with 6:55 remaining, but were not able to get any closer.

Clifford Detiege led the Saints with 21 points, 16 of which came in the second half on 8-for-9 shooting. Detiege also grabbed a team-high eight rebounds, while John Williams and Sam Adams tossed in 13 points each. Trey Black added another 11 points.

After going scoreless for the first 3:10 of play, Central Christian rolled off seven quick points over the next minute to make it a 9-7 game. However, a key moment in the game took place when the Crusaders (2-5) responded to the Saints' run with a 14-2 surge of their own.

Whitney Harris scored 26 points, 19 coming in the first half, and pulled down 11 rebounds to lead Great Lakes Christian. Trent Temple added 22 points as the only other Crusader in double figures.

Central Christian returns to action on Monday when they host Faith Baptist Bible College in Midwest Christian College Conference play. The women tip off against the Eagles at 4 p.m., followed by the men's game at 6 p.m.