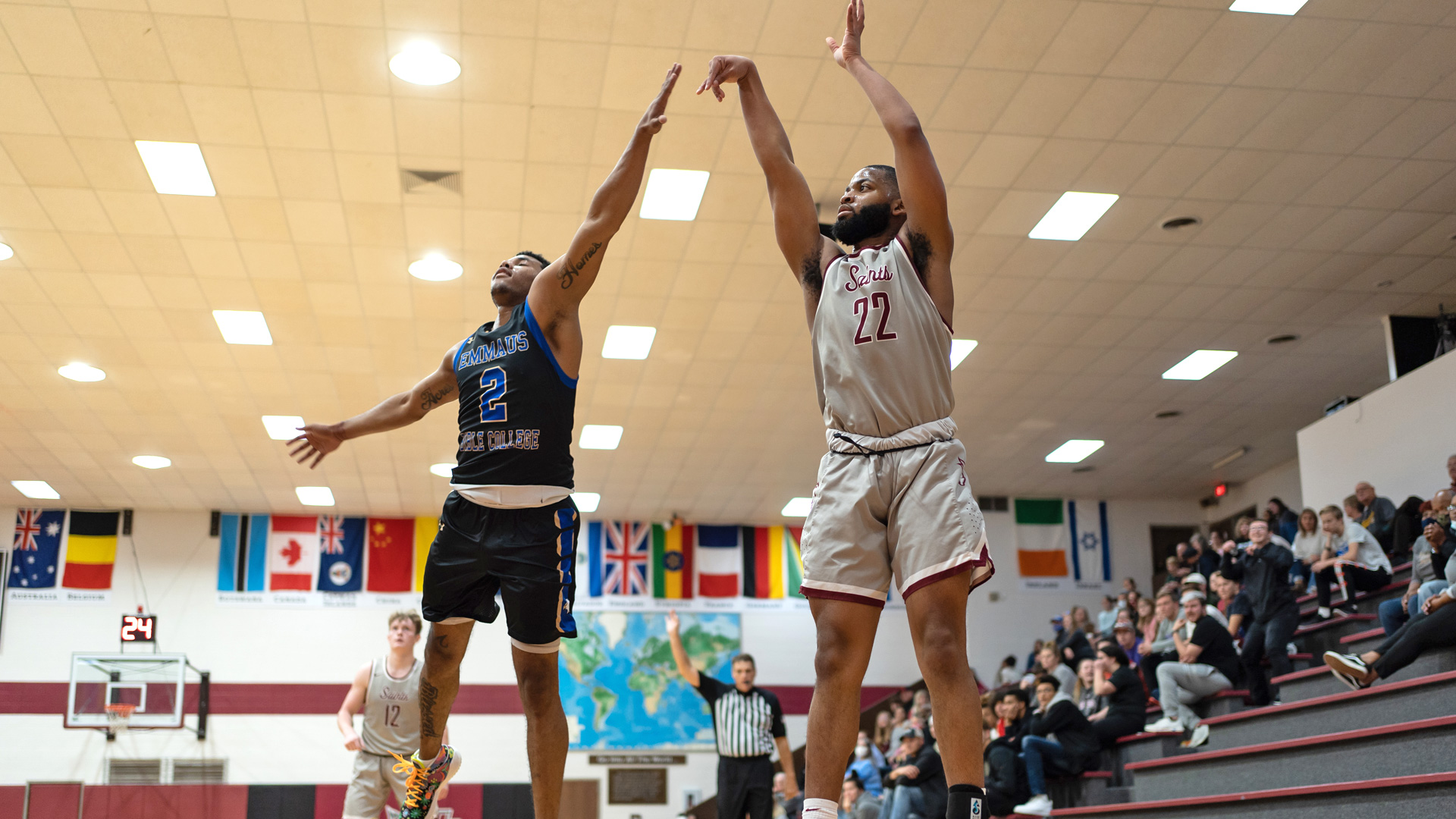 Behind a 27-point performance from freshman guard John Williams, the Central Christian men's basketball team stayed perfect in Midwest Christian College Conference play with a 95-76 win over Ozark Christian College on Saturday inside the Ferneau Center.

The Saints, who had five players reach double figures, improved to 4-3 overall and 3-0 in the MCCC. The Ambassadors dropped to 2-6 and 1-1 in conference action.

Central Christian jumped out to an 8-0 lead and stayed in control throughout. They busted out a 26-8 advantage with 10:57 remaining in the first half, then led by as many as 24 on several occasions before the break.

The Saints matched their largest lead of the night at 83-58 with 6:39 left to play and never let the Ambassadors any closer than 17 in the second half. CCCB's offensive performance was fueled by a 52 percent field goal percentage and a 14-for-16 night at the free throw line.

Williams went 9-for-16 from the field, shot 7-for-8 at the free throw line, and matched a team high with eight rebounds. Sam Adams went 5-for-9 from behind the arc and finished with 19 points, followed by Trey Koester with 13 points, all coming in the first half.

Trey Black tossed in 12 points and grabbed eight rebounds, while Clifford Detiege scored 10 points to round out the double figure scorers.

The Saints now have a little over two weeks off for Christmas break. They are scheduled to return to action on Jan. 5 against Oak Hills Christian College.