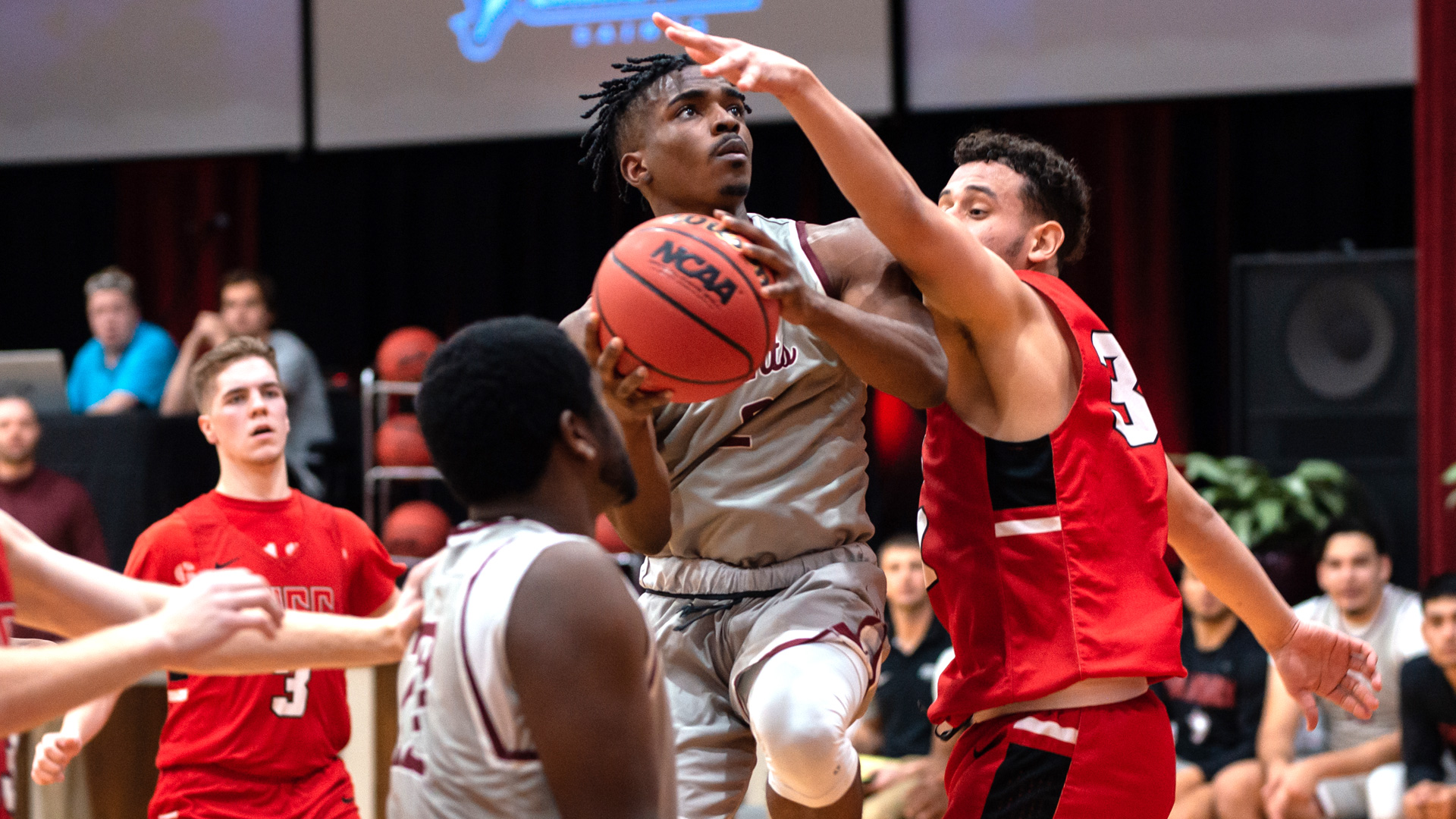 Playing shorthanded since returning from Christmas break, fatigue may have been a factor in the last four games for the Saints. By simply watching the CCCB men in second half on Tuesday, however, it would have been hard to believe that they were playing with just six players.

In what was perhaps their most impressive run of the season, Central Christian College of the Bible erased a 21-point halftime deficit before falling short in overtime of a 90-79 loss to Kansas Christian College at Cowen Memorial Auditorium.

Despite the loss, the eighth-ranked Saints (7-6) found a bit of momentum as they begin to grow their roster back to full strength.

The Saints were sloppy and sluggish in the early going and faced a 50-29 deficit at halftime. They came out with a renewed focus in the second half, scoring the first 15 points after intermission and using a 28-7 run in the first nine minutes to knot the score at 57-apiece.

Central Christian went on to take a 74-70 lead on a Clifford Detiege post move with 1:58 left to play, but nine seconds later Detiege was called for his fifth foul and was forced to take a seat.

Leading 77-75, the Saints corralled a Falcons miss with 10 seconds to go, but a costly turnover gave the ball back to the Falcons. A foul with 2.1 remaining put Kansas Christian's Elijah Ransom at the free throw line, where he sank both shots to force overtime.

The Falcons (9-6), who spent several weeks previously in the NCCAA DII Top 10, took full control in the overtime period, outscoring the Saints, 13-2.

The Saints will now begin to get their depth back this weekend as five players return to the lineup through the next three games. They play a pair of games in Kansas this weekend, at Barclay College on Friday night and at Manhattan Christian College on Saturday.