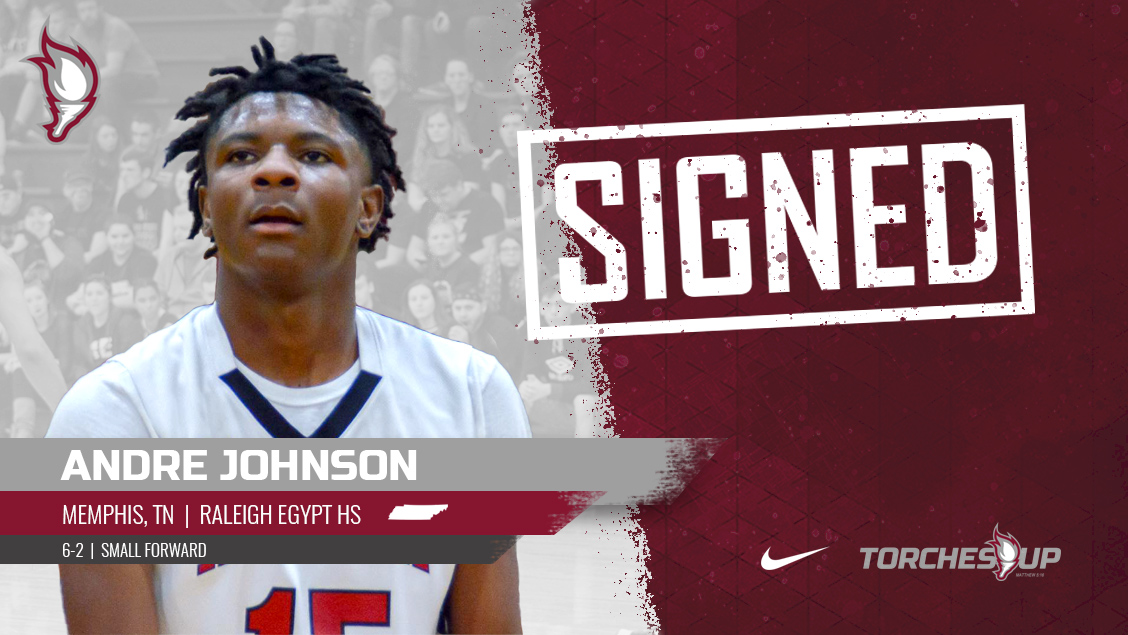 Central Christian College of the Bible head men's basketball coach Jack Defreitas on Monday announced the signing of Andre Johnson for the 2019-20 season.

Johnson, a 6-1 small forward from Raleigh Egypt High School in Memphis, Tenn., is currently a senior and will graduate in May. At Raleigh Egypt, Johnson averaged 10 points, four assists and three rebounds per game. The Pharaohs finished 24-7 and spent much of the 2018-19 season in the Class AA top ten rankings.

"Andre is extremely athletic and can be a really good defender," Defreitas said. "Andre will make an immediate impact for us and we're excited to have him. I know he's also excited to be able to play with his two older brothers."

Andre is the youngest of a trio of Johnson brothers who have all committed to CCCB. He joins brothers Andrew and Anthony, who were also announced on Monday as members of the Saints' 2019 recruiting class.

While at CCCB, Johnson plans to pursue an Bachelor of Science in Sport Management.