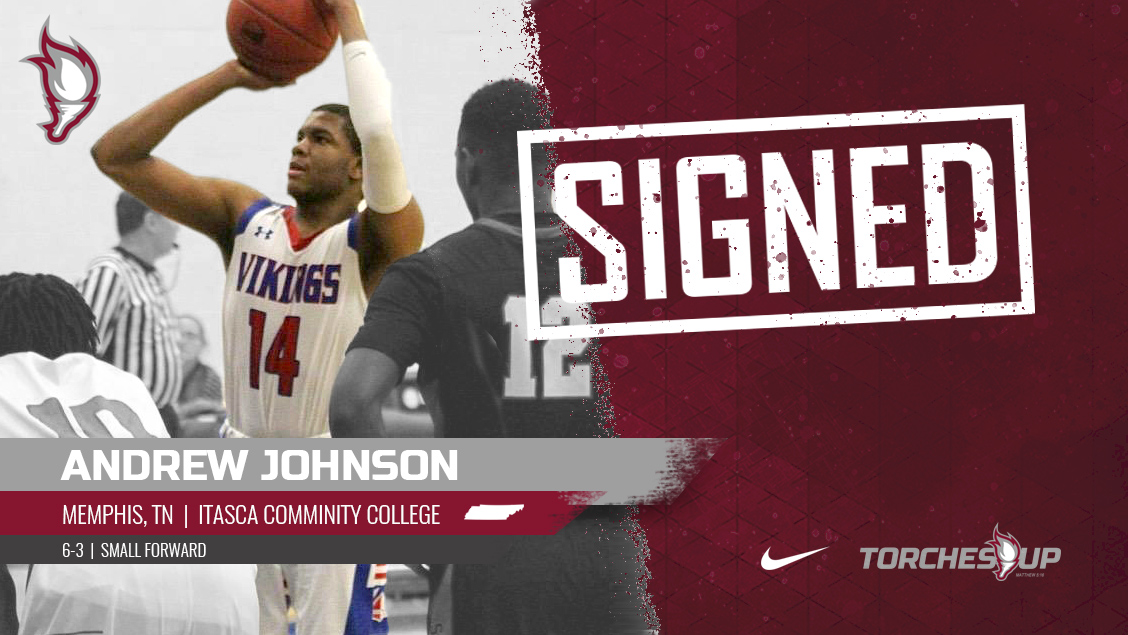 Central Christian College of the Bible head men's basketball coach Jack Defreitas on Monday announced the signing of Andrew Johnson for the 2019-20 season.

Johnson, a 6-3 small forward from Itasca Community College in Grand Rapids, Minn., just completed his sophomore season for the Vikings. At Itasca, Johnson started in all 27 games this past season, averaging 9.8 points on 47 percent shooting to go along with 5.3 rebounds per game.

The Vikings finished 14-13 overall and 9-3 in Minnesota Athletic Conference play during the 2018-19 season. A 2016 graduate of Raleigh Egypt High School in Memphis, Tenn., Johnson averaged 10 points and eight rebounds in his senior season.

"Andrew gives us an immediate physical presence on defense," Defreitas said. "We're excited to add someone who has two seasons of college basketball under his belt. Andrew comes from a close-knit family and he is excited to get to play with his brothers."

Andrew is part of a trio of Johnson brothers who have all committed to CCCB. He joins brothers Andre and Anthony, who were also announced on Monday as members of the Saints' 2019 recruiting class.

While at CCCB, Johnson plans to pursue an Associate of Professional Studies while also earning a Bachelor of Science in Teacher Preparation from one of CCCB's partner institutions, Hope International University.