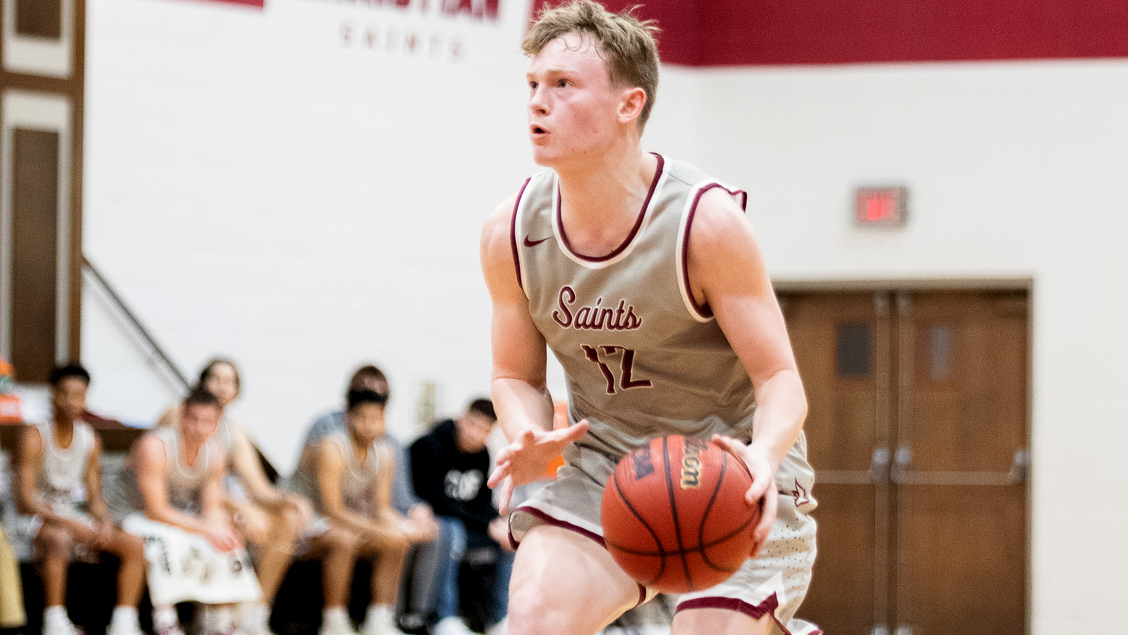 The Saints started strong, but couldn't overcome a 14-0 run midway through the first half as top-ranked Randall University topped Central Christian College of the Bible, 84-66, in the quarterfinals of Southwest Regional Tournament play on Thursday.

Central Christian made a slight push in the first three minutes of the second half to narrow the gap to 55-40, but their 22 offensive rebounds allowed were too much to overcome against the defending three-time national champions.

Central Christian entered the game averaging 90 points per game, but were held 24 points below that average. After making 50 3-pointers in their three games at the Midwest Christian College Conference Tournament last week, they went 7-for-24 on Thursday.

On Friday, Central Christian's Black was announced as an honorable mention selection for a stacked All-Southwest Region team. Black finished his freshman campaign as the Saints' leading scorer, averaging 15.9 points per game. The Oklahoma native shot 48 percent from the field, 41 percent from behind the arc, and grabbed 4.8 rebounds per game.

Fellow freshman Caleif Gregg (Independence, Mo./Truman) was just behind with a 15.6 points per game average. He made 76 3-pointers at a 46 percent clip and shot 84 percent at the free throw line.

Nunez, who joined the team as a true freshman in time for the Saints' game at Columbia College on Dec. 31, averaged 13.2 points, 8.2 rebounds, shot 60 percent from the field, and averaged 2.1 blocks per contest.

It was also the final game for senior Cameron Brooks (Nicholasville, Ky./West Jessamine), who finished his career with 711 points scored, 257 assists, 113 steals, and 101 made 3-pointers. He leaves as the winningest men's basketball player in CCCB history with 58 wins.

Brooks was a part of the first men's basketball team in school history to earn a trip to the NCCAA DII National Tournament in 2016. He was also a part of men's basketball's first MCCC regular season title a year ago.

As a team, the Saints currently rank in the top 5 in the NCCAA Division II in many offensive categories, including first in 3-point field goal percentage (39 percent) for the second straight year.

Randall went on to top fourth-seeded Manhattan Christian, 90-74, on Friday in the semifinals. Randall takes on fifth-ranked and second-seeded Arlington Baptist University today at 3:30 p.m. in the championship.