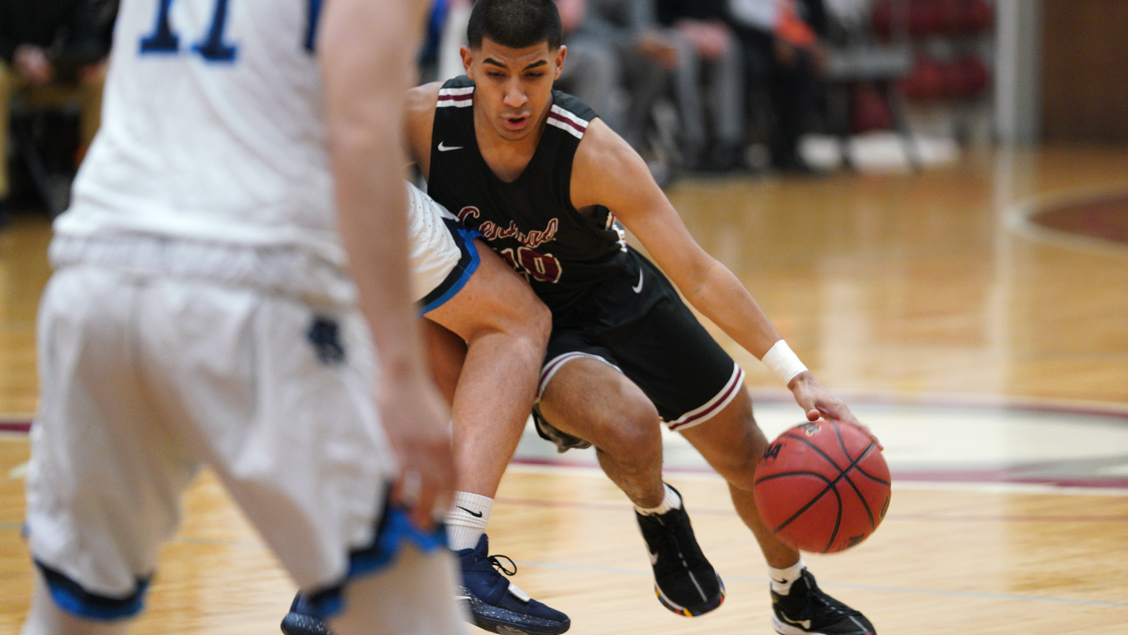 The Saints trailed for nearly all of the first 40 minutes, then made a furious late rally to force overtime and controlled the extra five minutes.

Central Christian (12-13) trailed 74-62 with 5:54 remaining. A barrage of 3-pointers and two clutch free throws by Kedron Rollings with 58 seconds left allowed the Saints to tie the game for the first time since the 15:00 mark of the first half.

The Saints needed a Rollings layup with 10 seconds to go to tie it again, then forced a turnover on Barclay's final possession which sent the game to overtime.

In the extra period, Central Christian hit their next five shots, including 3-for-3 from behind the arc, to take full control. In the final 5:54 of regulation and the five minutes of overtime, the Saints outscored the Bears, 44-25.

Led by Trey Black with 18 points and nine rebounds, the Saints finished the night with six players scoring in double figures. Rollings scored 17 points after going 11-for-14 from the free throws line.

Caleb Kendrick added 15 points, followed by Caleif Gregg with 12, Jaime Rodriguez with 11 and Rodrigo Nunez with 10. Josh Crawford led the Saints in rebounds with 10.

The Saints advance to the semifinals to take on top seed Ozark Christian College on Friday at 3 p.m. Central Christian defeated Ozark Christian, 94-87, on Jan. 10, but lost on a buzzer-beater to the Ambassadors, 92-91, on Feb. 2.