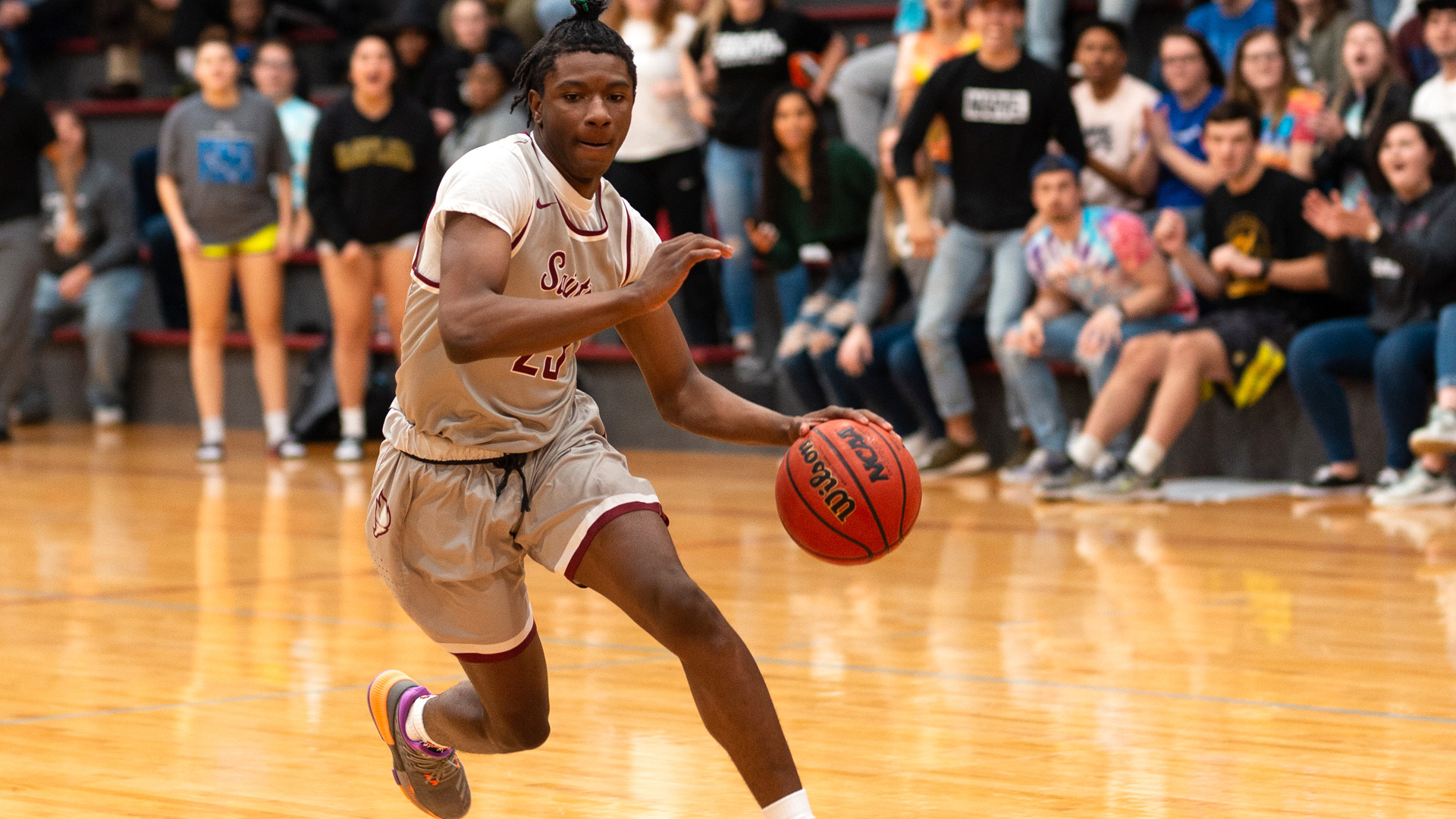 No. 7 Saints open up conference play with win at Ozark Christian

The Saints got a breakout performance from freshman Andre Johnson, who scored a career-high 26 points in his first career start, as seventh-ranked Central Christian College of the Bible broke away from a tied game at half to defeat Ozark Christian College, 89-73, on Saturday at OCC.

Central Christian (6-3, 1-0 MCCC) trailed the entire first half, but kept things close enough that a Kedron Rollings 3-pointer just before the buzzer knotted the score at 39-apiece at halftime.

With the score tied again at 43 just two minutes into the second half, the Saints went on a 6-0 run and never trailed again. Ozark Christian (6-6, 0-1 MCCC) got within two points a minute later, but Central Christian answered with an 11-3 surge and later went on to lead by as many as 18.

Johnson scored 13 points in each half and finished 12-for-14 from the field for his game high. He also hauled down nine rebounds and dished out six assists.

The Saints shot just 42 percent from the field and 31 percent from outside in the first half, but heated up to 64 percent overall and 43 percent from 3-point range in the second half. Meanwhile, they held the Ambassadors to 38 percent and 29 percent respectively after intermission.

The Saints play one final game before breaking for Christmas when they travel to Liberty, Mo., on Friday, Dec. 13, to take on William Jewell College in exhibition play.