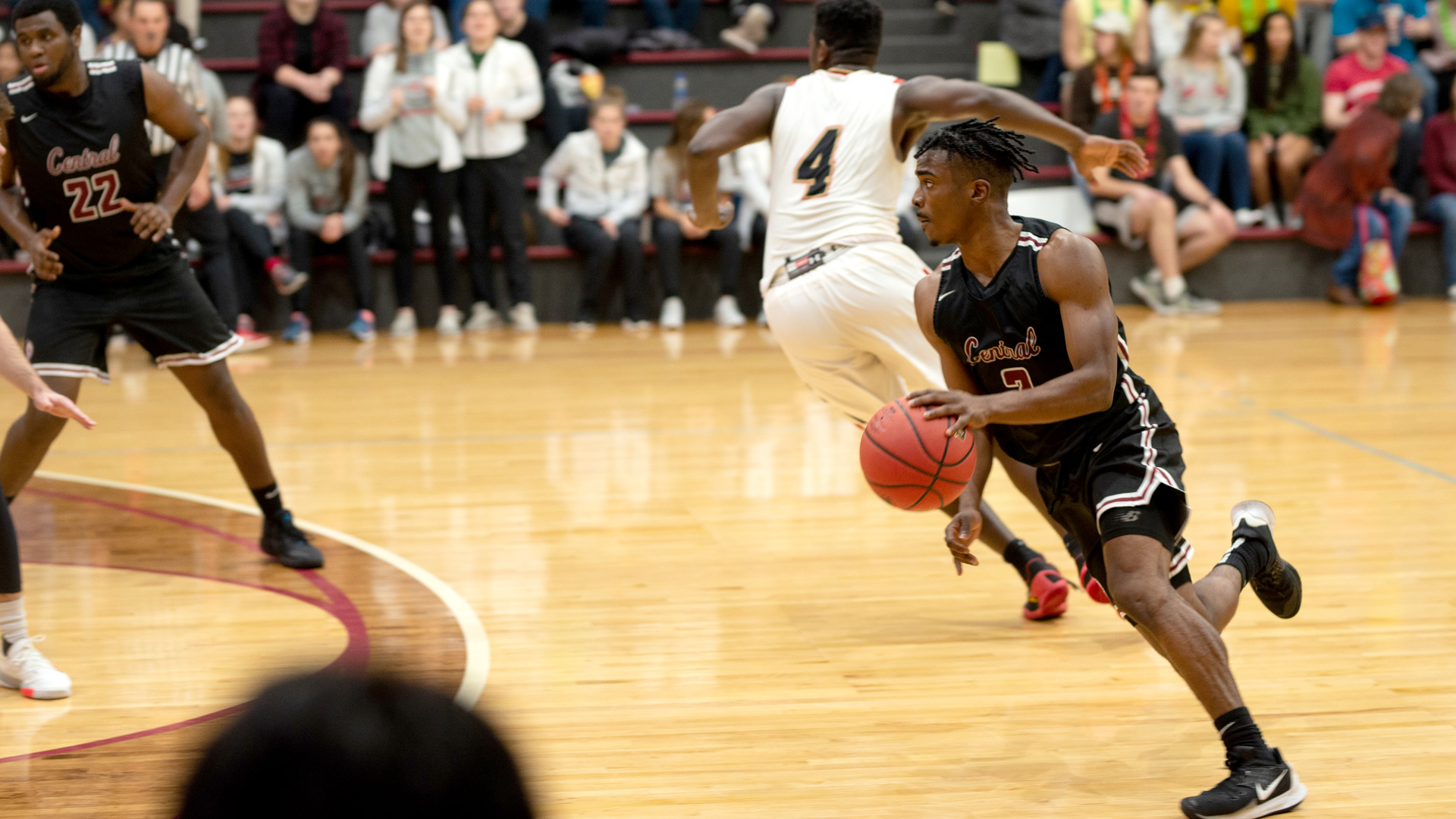 Despite an off shooting night, Central Christian College of the Bible had five players reach double figures in an 87-84 victory over Calvary University on Thursday in the Ferneau Center.

It went back and forth in the second half with the Saints threatening to pull away multiple times, but the Warriors battled back to take a 68-67 lead with 6:01 remaining. Central Christian answered with a 7-0 run and went on to take an eight-point lead with 13 seconds left.

Two quick 3-pointers sandwiched around a Crawford made free throw made it a three point game with 1.3 on the clock. The Saints were able to get the ball inbound under pressure and run out the final seconds.

Central Christian shot 49 percent from the field, but went 18 percent (3-for-17) from behind the arc. They outrebounded their guests, 38-37, went 24-for-31 at the free throw line, and forced 20 Calvary turnovers.

The Saints are back in action tonight when they take on the University of Missouri-St. Louis in exhibition play at 7 p.m. Tomorrow night they travel to Macomb, Ill., to face Western Illinois in an exhibition at 7 p.m.