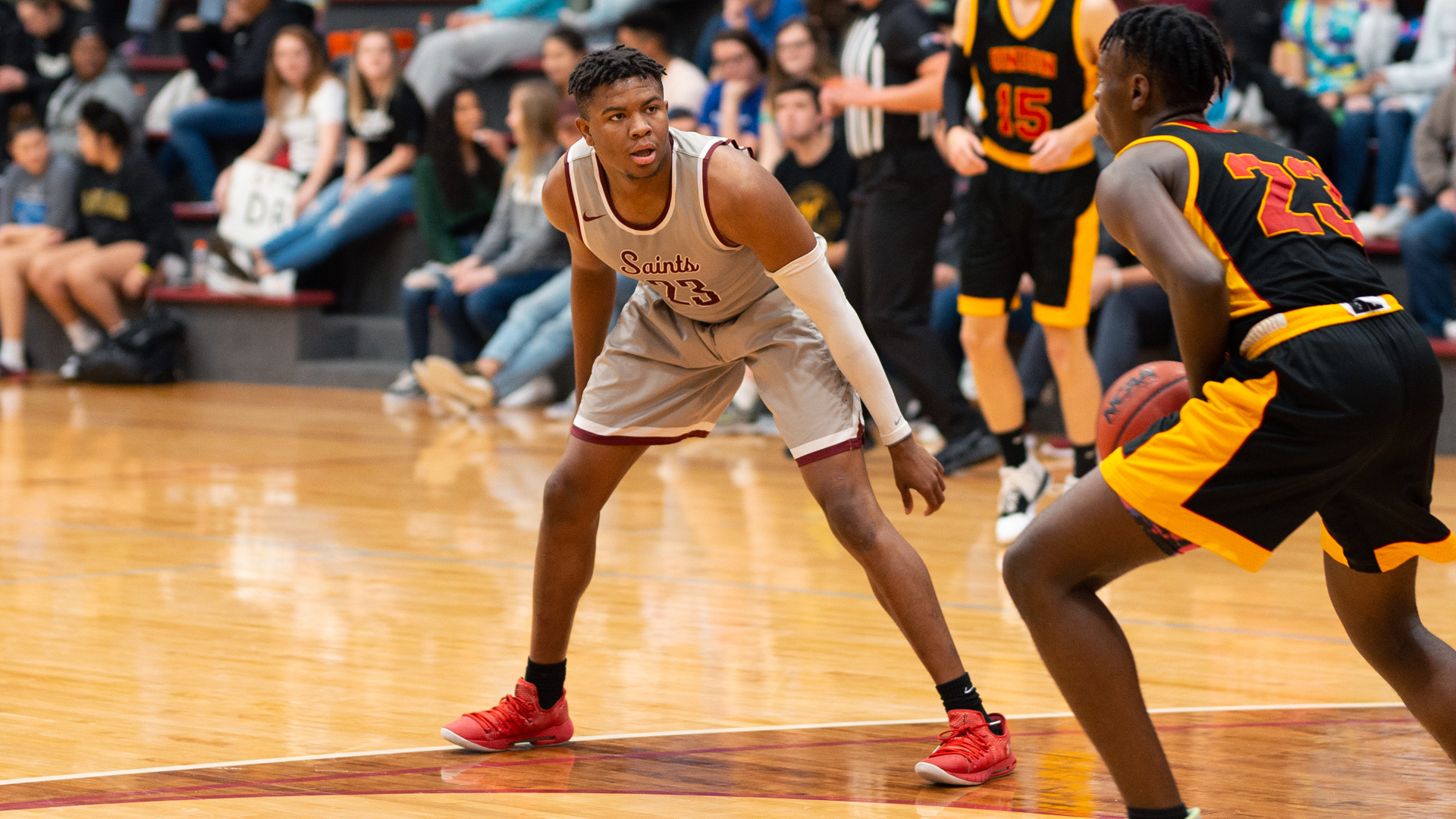 Saints fight to the finish once again, come out on top at Westminster

A Rodrigo Nuñez basket underneath with 3.2 seconds remaining gave Central Christian College of the Bible a 93-91 victory over Westminster College at Historic Gymnasium on Monday night.

Central Christian (3-1) rallied back from a 52-44 halftime deficit and led by as many as five with 3:06 left to play. Westminster (0-1) tied it up at 91-apiece with 30 seconds remaining, and the Saints had possession for the last shot.

The Saints worked the clock down until Nuñez' game-winning score, then defended a last-second 3-point attempt by the Bluejays as time expired.

The game featured nine ties and nine lead changes. Central Christian also led by five with seven minutes remaining in the first half, but Westminster heated up from outside and later finished the half on a 17-9 run.

Central Christian went 5-for-7 from long range in the second half, all coming from Trey Black who scored a game-high 23 points. As a team, they shot 62 percent from the field after halftime and sank eight of their 10 free throw attempts.

Clifford Detiege went 8-for-10 from the field and finished with 21 points to help the Saints' cause, while Josh Crawford scored 14 points, grabbed seven rebounds and dished out seven assists. Andrew Johnson chipped in another 10 points on a 5-for-7 night from the field.

Westminster was led by Jaxon Althaus with 22 points. Landon Harrison added 16 points and Omar Wright scored 13. The Bluejays shot 49 percent from the field and 36 percent (10-for-28) from 3-point range.

Central Christian is off until Friday when they host Baptist Bible College. Game time is slated for 7 p.m. following the conclusion of the Saints women's basketball game against Cottey College.