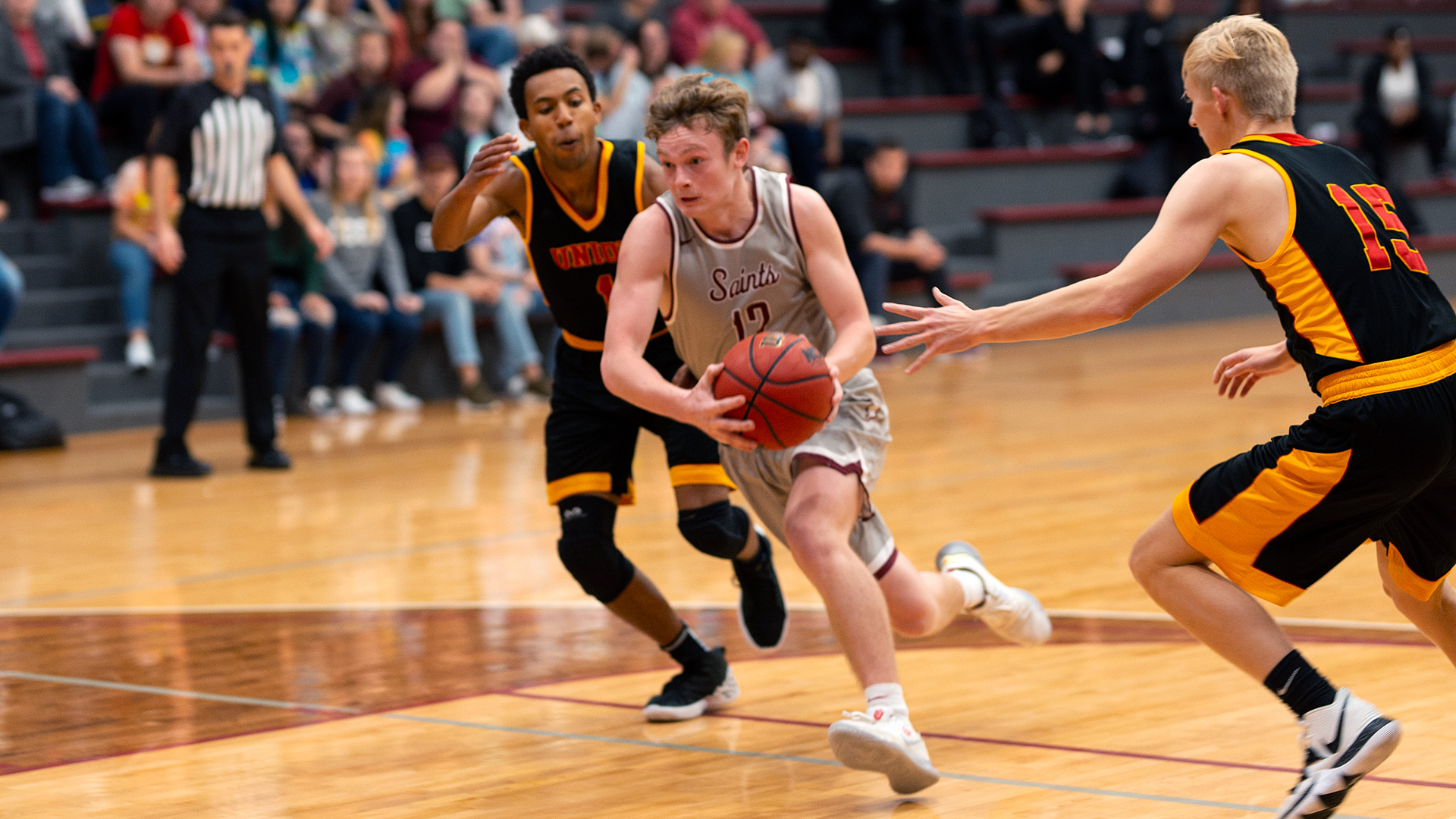 With the score knotted at 87-apiece, a foul on a rebound with 0.5 seconds remaining was costly for the Saints.

The Highlanders sank one of two free throw attempts and batted away the ensuing full-court pass as MacMurray College topped Central Christian College of the Bible, 88-87, on Saturday at Bill Wall Gymnasium.

A turnover by the Saints on the other end gave MacMurray a chance to take their first lead since the 14:56 mark of the second half, but Andrew Johnson drew a charge on the Highlanders' Blake Drue on a drive to the basket for his fifth foul of the contest.

With 10 seconds remaining, the Saints inbounded the ball to Rollings, who drove the length of the floor and shot a runner in the lane that ended up just short. The ball was tipped around until Camron Jamison grabbed the rebound and was fouled simultaneously by Gabriel Martinez, resulting in the final two free throws of the night.

The Saints threatened to run away with the game on several occasions. They took a 23-14 lead seven minutes into action only to see the Highlanders, an NCAA Division III program, fight back and grab a 51-45 lead at halftime.

Central Christian needed just the first two minutes of the second half to tie the game at 56-apiece, then used a 19-8 run midway through the period to take their largest lead of the night at 79-69.

Foul trouble was detrimental to the Saints's cause throughout the game. Central Christian committed a total 31 fouls as MacMurray shot 39 free throws.

Trey Black led all scorers with 29 points on 8-for-13 shooting from the field and 5-for-8 from behind the arc, but played only 23 minutes before fouling out. Rodrigo Nunez, who led Central Christian in rebounds with eight, also fouled out. Three other Saints finished the game with four fouls each.

Josh Crawford went 8-for-12 from the field and tossed in 16 points. Andre Johnson came off the bench to score 13 points, and Rollings added 11.

Central Christian will take on a St. Louis Intercollegiate Athletic Conference opponent for the second straight game when they travel to Fulton, Mo., on Monday to take on Westminster College. Tipoff is scheduled for 7 p.m.