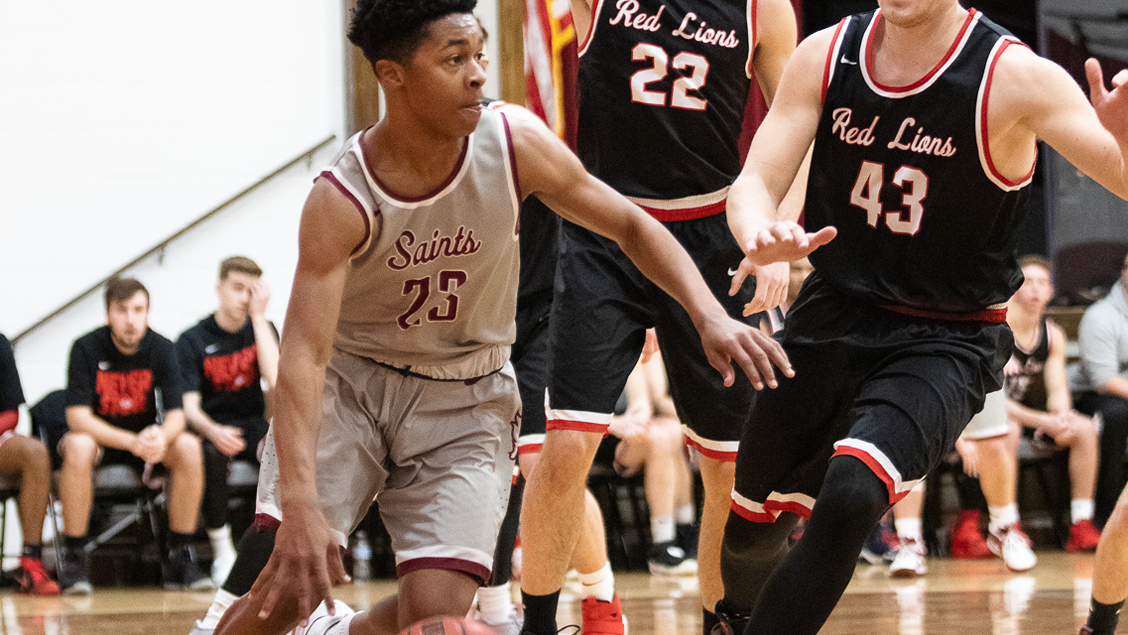 The Saints were able to shake an abysmal start and turn it into perhaps their best team performance of the season.

After staring at a 14-0 deficit just four minutes into play, it was the bench who ignited a fire that resulted in Central Christian College of the Bible's 100-68 win over Calvary University on Tuesday in Midwest Christian College Conference play inside the Ferneau Center.

The Saints were firing on all cylinders from there on out as they went on runs of 48-25 to close out the last 16 minutes of the first half, and outscored the Warriors, 52-29, after the break.

It was the first conference loss for Calvary (7-9, 3-1 MCCC), who was led by Zeb Green with 14 points and seven rebounds.

Central Christian shot 49 percent from the field and 41 percent (15-for-37) from behind the arc. They finished with 26 assists on 11 turnovers, forced Calvary into 26 turnovers, and outrebounded the Warriors, 38-35.

The Saints have a day off before hosting eighth-ranked Arlington Baptist University in a Southwest Region matchup on Thursday at 7 p.m.