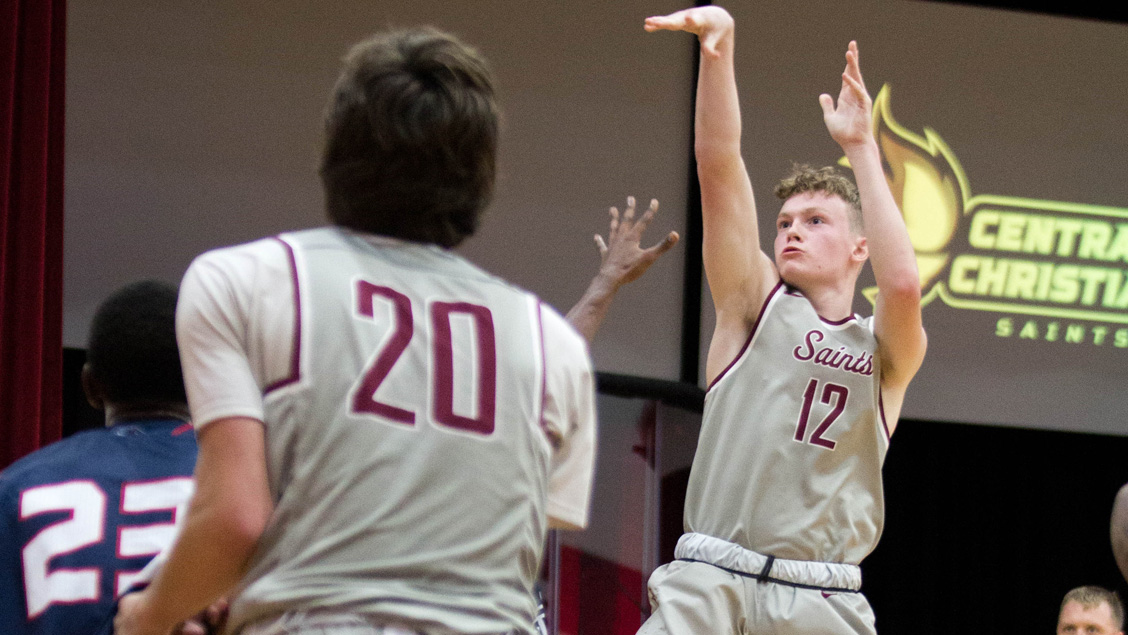 Saints get rolling in second half, end four-game skid

A determined Saints lineup used a 15-2 run to start the second half as Central Christian College of the Bible defeated Emmaus Bible College, 97-75, on Saturday in the Ferneau Center.

Central Christian (8-11) ended a four-game losing skid in what was the first of four straight home games. Although the game was a matchup of two Midwest Christian College Conference foes, it did not count toward the conference standings. The Eagles (0-19) will host the Saints on Feb. 9 for the conference tilt.

Jaime Rodriguez scored 20 points to lead five Saints in double figures. Trey Black was an efficient 7-for-9 from the field, including 4-for-5 from 3-point range, as he scored 18 points and grabbed 10 rebounds.

Caleif Gregg scored 14 points, Josh Crawford added 12 points and Gabriel Martinez had 11 to round out the scoring for the Saints. Rodrigo Nunez led Central Christian with 11 rebounds.

The Saints led 17-8 just four minutes into the contest, but Emmaus Bible answered with a 15-6 run to tie things up midway through the first half. The two teams finished out the half trading leads, and the Eagles scored with a second remaining to take a 42-41 advantage into the locker room.

Emmaus Bible got as close as three in the second half, but the Saints responded again to push the margin back up to 15 over the ensuing five minutes. The Saints shot 57 percent in the second half while holding the Eagles to 36 percent.

Overall, Central Christian shot 51 percent from the field and 46 percent (13-for-28) from 3-point range. They outrebounded the guests, 52-42, and recorded 25 assists to their 13 turnovers.

Emmaus Bible shot 40 percent for the game and 26 percent (5-for-19) from behind the arc. The Eagles committed 18 turnovers.

The Saints are at home again on Tuesday when they host Calvary University in an MCCC matchup at 7 p.m.