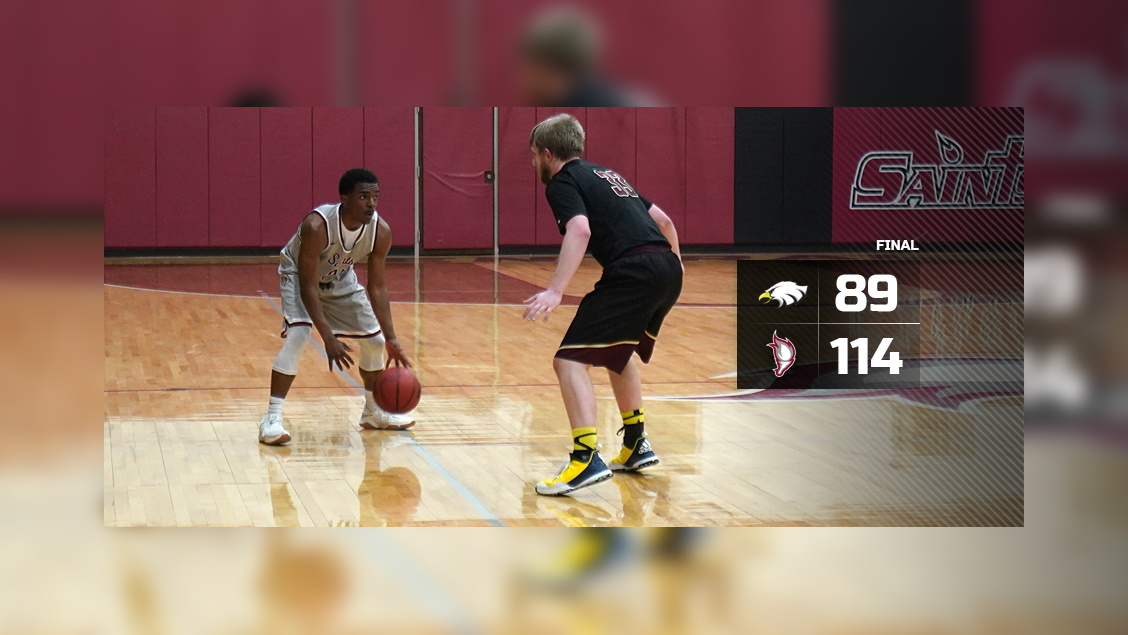 Coming off an embarassing road loss two weeks ago in Dubuque, Iowa, the Saints needed little motivation in their final game of the regular season.

A determined Central Christian College men's basketball team earned its third straight victory and avenged a previous 54-point loss with a 114-89 victory over Emmaus Bible College in an electric Ferneau Center on Saturday.

The win earned Central Christian (13-12, 6-2 Midwest Christian College Conference) a share of the league title for the first time in men's basketball history. Barclay College and Emmaus also finished with a pair of losses in MCCC play, creating a three-way tie for the championship.

The Saints led by as many as 16 in the first half and took a 58-45 advantage into the locker room. Emmaus narrowed the gap to seven with 15:14 remaining, but Central Christian responded with a 16-3 run over the next five minutes to make it 85-65 and put the game out of reach.

Central Christian matched their season-high for assists with 34. They sank 13 of their 26 3-point attempts, and shot 64 percent from the field.

Jesse Granados led five Saints who reached double figures. Granados scored 26 points after going 11-for-16 from the field, while Josh Crawford recorded a triple-double of 15 points, 11 assists and 10 rebounds.

Jaime Rodriguez added 24 points for Central Christian, followed by Micah Miller going 6-for-6 from the field with 16 points, and Chandler Gheen scoring 13. Kedron Rollings reached double figures in assists with 10.

The Saints finished the regular season winning three straight conference games in convincing fashion. They jumped out to a 55-31 halftime advantage on their way to a 89-75 win at Calvary on Tuesday. At home on Thursday, Central Christian defeated Faith Baptist Bible, 90-56.

Following MCCC tiebreaker procedures, the Saints received the No. 1 seed for this week's MCCC Tournament in Manhattan, Kan. They will play the winner of No. 4 seed Manhattan Christian College and No. 5 seed Ozark Christian College on Friday at 8 p.m.