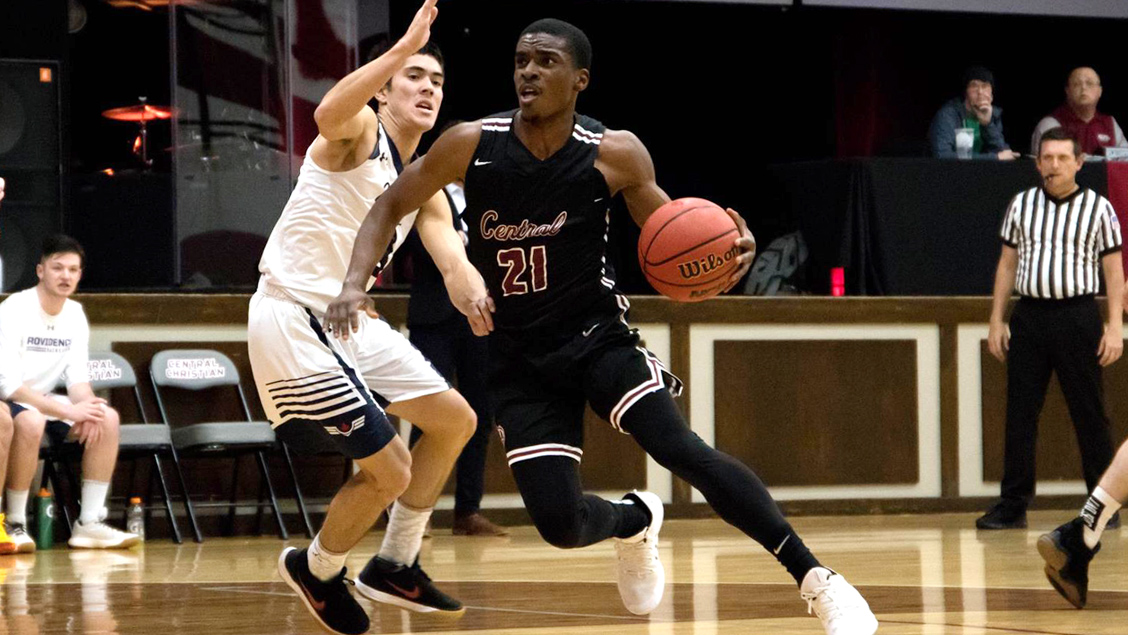 Saints down Pilots to even season record heading into Thanksgiving

Outside of a three-point deficit to start the game, the Saints led from start to finish as Central Christian College of the Bible defeated visiting Providence University College (Canada), 103-92, on Friday at the Ferneau Center.

The Saints (3-3) used a 19-5 run in the first six minutes of the game to take an 11-point advantage. They went on to hold a 47-42 advantage at halftime, then allowed the Pilots to remain within striking distance through the second half.

Up 2 with with 5:04 remaining, Central Christian went on a 15-4 run over the the next four minutes to regain control and seal their third win on the young season.

Jordan Lawson scored a game-high 31 points to lead the Pilots.

Central Christian entered the game leading NCCAA DIvision II in free throw percentage at 79.3, but sank just 10 of 24 in the game for a 41.7 percent clip.

Central Christian will have a full 10 days off for Thanksgiving break before the next game at home against Union College (Neb.) on Nov. 26.